I have a set of Elgato key lights that I use when filming and I love them: they’re very nice lights that give great coverage and colour.

Part of what makes these particular lights practical and popular with streamers and other content creators is their wireless control. In fact, you can only control these lights wirelessly. The problem with that? Elgato only provide their ‘Elgato Control Center’ software for Windows and macOS and mobile apps for Android and iOS too.

Thankfully, open source to the rescue!

A quick search GitHub surfaced a handy open source app called ‘Keylight Control‘. This is billed as “a Linux compatible application for controlling the Elgato Key Lights” and—shock—that’s exactly what it is! I can control each light independently (including turning it off and on) and adjust both brightness and colour temperature.

Keylight Control is distributed as an .appimage so will work (in theory) on any Linux distro you try it on. I took it for a spin on Ubuntu 22.04 and it ran without a hitch — and it “sees” the Elgato lights much faster than the official app does, too.

If there’s a “downside” to this tool in use it’s that it runs as a windowed app (it has a tray icon that lets you the tool). The official software uses a tray-based approach and this, overall, makes more sense. Also, this app does not (currently) support the Elgato Light Strip or the newly-launched Key Light Mini.

Still, in the absence of other working options —those with a Stream Deck can use that, of course— this tool is supremely useful. Anyone who favours a FOSS-friendly setup for their streaming kit definitely ought to check it out.

Bonus: if you’re reading from Ubuntu 18.04 LTS you may be able to use the Elgato Key Light GNOME extension. It hasn’t been updated for several years (and does not at the time I write this work with more recent versions, so I can’t test it) but the applet-based UI looks very similar to that provided by the official app. 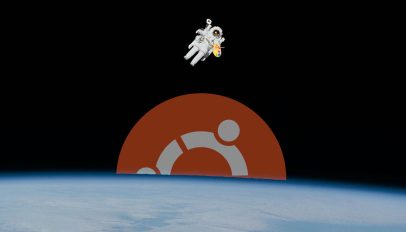 Canonical, NASA, and Award-Winning Artist Team Up for Space Art Project
Read Next