Can you believe it’s been six months since the Ubuntu 20.04 LTS release? It feels like only yesterday that we were getting excited about OEM boot splashes, Ubuntu dark mode, and the Snap-based Software switch.

So to provide you (and me) with proof that six months has indeed passed here’s our Ubuntu 20.10 release video, which we’re posting ahead of the Groovy Gorilla’s stable debut on October 22 so you have time to soak in the changes.

I’ll be honest: Ubuntu 20.10 is not the most exciting release in Ubuntu’s history. In fact, trying to make a video about this version was a bit of a challenge! While there are changes, new features, and improvements, they’re incremental in nature. That’s hard to demo.

Hit play on video embed above to join me on my bi-annual run-through of all that’s new, nascent, and notable in the latest (and perhaps greatest?) iteration.

Reading from a feed parser or a scraper site? You probably won’t see a video embed above. Rest assured that I’m not imagining it; you can watch the clip this post is framing over on our YouTube channel directly.

Thanks goes, once again, to Joe Ressington for handling the audio side of things. Many of you will no-doubt be familiar with Joe’s voice given he’s the host on just about every Linux podcast out there 😉. But behind the mic he’s just as prolific at the art of podcast creation and audio production — so if you’re looking to hire someone, keep him in mind!

Finally, if you want to see more videos from me/us/omg/my cats do subscribe to the omg! ubuntu! YouTube channel. You can also drop your video ideas — as well as your thoughts on Ubuntu 20.10 — down in the comments. 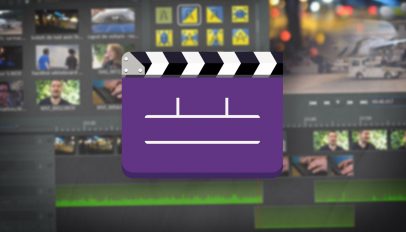 Pitivi Video Editor Gets a Blockbuster Update
Read Next