The Purism Librem Mini is a small form factor PC powered by an 8th Gen Intel Core i7 processor. And, as you’d expect from this company, the unit runs Linux out of the box.

The minimal footprint of the fan-cooled Librem Mini should mean it works well as a desktop PC, but also as a media centre and entertainment hub or even a home server.

The entry level Purism Librem Mini specs are as follows:

Nothing jaw-droopingly unfamiliar, but pretty solid all around. RAM, storage and networking can (as you’d expect) be configured at extra cost, with some plenty of room for manoeuvre.

Talking of which: what about price? How much will the Librem Mini pc actually cost?

Well, the entry level Purism Librem Mini costs from $699 for the 8GB model listed above with no wireless networking card included and a M.2 250GB SSD hard-drive.

But although you can pre-order Purism’s new PC today it won’t actually ship for a while.

In fact, there is no clear ‘release date’ for it. It’s all a bit vague.

See, the Librem Mini will only ship one month after $50,000 worth of pre-orders have been placed.

That goal could be reached within days …Or it could never be reached at all.

Update: The Librem mini reached its $50k goal on April 5.

You may want to consider getting the bare-bones model (via Purism’s shop, below) but chucking in some after-market RAM yourself (Purism charge +$79 for 16GB RAM, but you can pick up compatible memory for around $63 on Amazon US).

That said $699 isn’t a bad price for this set-up (excepting self builds) and keep in mind that the price also includes labour and the cost of testing for FOSS driver compatibility, Linux support etc.

And the uni touts ‘Coreboot-based OSS firmware and boot process validation through a PureBoot/Librem Key combo’, and disables the Intel Management Engine (thanks mr Chromebox).

If you are on a budget do look in to building one yourself. Same specs, heck same components, should come in well under ~$500 if you shop around (though it may look a little less fancy and lack some of the aforementioned features)/

Prefer pre-built? A similarly spec’d PC from Spanish Linux vendor Slimbook will cost around €629, albeit sans the Coreboot niceties.

For reference, this article was originally published on March 18

This post contains affiliate links. Using these links earns us some extra pennies to spend on keeping the site running, but costs you nothing extra. Thanks! 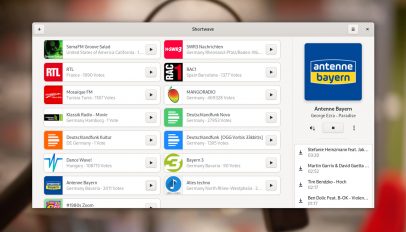