Many a teeth were gnashed when the Glimpse image editor was announced earlier this year — now the headline-making GIMP fork has issued its first binary release.

But before we go on to look at what’s on offer in this release I need to stress that I am not here to tell you what you should think.

That said, forks of well known software projects (even super duper popular ones like The GIMP) happen all the time, for a variety of reasons, some of which might seem trivial or pointless to you.

So regardless of whether the word “GIMP” does have negative connotations in your world or it doesn’t is by the by. With its first release now out of the door, the Glimpse image editor is beginning to stand on its own merits, to pursue its own path, and deserves to be evaluated on that basis.

The team say that “every feature” that can be found in upstream GIMP is present and working in Glimpse, including plugins, project files, and workflow.

Parity is important, so this tidbit should help ease the minds of anyone worried about a disparity emerging between the two apps.

What has changed for this release is the branding.

Wilber (the GIMP mascot), references to the ‘The GIMP’ branding, and several ‘easter eggs’ hidden through the program, have been replaced, reworked, or removed in Glimpse 0.1.0.

Glimpse 0.1.0 quite literally a vanilla GIMP right now — but the team remains open to the idea of taking the app in a different direction beyond branding too, creating new features and tools, and refining the UI and workflow, etc.

You can install Glimpse on Ubuntu from the Snap store, just search for ‘Glimpse’ in Ubuntu Software or click this button:

Glimpse is also being distributed on Flathub, the quasi-official Flatpak app store:

The Glimpse website has a “downloads” section with an unsigned Windows installer (this is a cross-platform tool after all) but not macOS option. 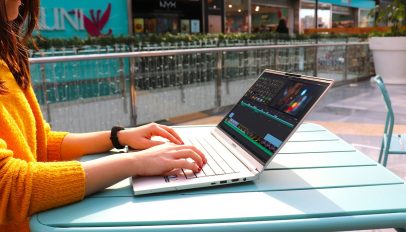