Windows users will soon have another way to create a live, bootable USB drive of their fave Linux distribution.

A KDE ISO writer tool for Windows desktops is being developed as part of the Google Summer of Code (GSoC).

The app uses the same look and layout as the Linux version, which is available in the ‘development’ repos of the KDE Neon Linux distro.

Why Make an Image Writer for Windows?

With a surfeit of USB writer apps already available for Windows — uNetBootin, Rufus, Etcher, et al — you might be asking “why make another?”.

But that sort of misses the point.

Google Summer of Code is all about giving students the chance to develop their skills under the mentorship of an organisation or project by working on free, open-source projects.

For a project to be accepted it needs to have an achievable goal and be built around what a student is capable of achieving in the time frame provided. This tends to rule out pie-in-the-sky ideas (so this ISO writer isn’t being made at the expense of a full-featured, 100% compatible MSOffice clone for KDE).

But porting the KDE ISO Image Writer, created back in 2017, to Windows (as well as improving the user interface of the tool on all platforms) is just one of a late of KDE-mentored projects taking place as part of GSoC 2019.

Other notable projects include a KDE Connect port for macOS, browser sync support for the Falkon web browser (formally known as QupZilla), and an improved Titler in Kdenlive. 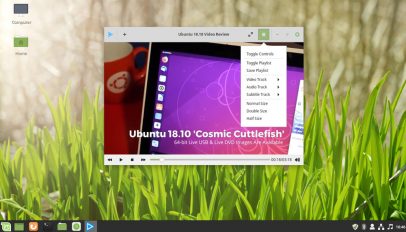 Cinnamon 4.2.0 Packs Plenty of Bug Fixes, But No Major Changes
Read Next