The SuperTuxKart dev team has announced a new beta version of the karting game that features long-awaited and eagerly-anticipated feature online racing support.

Just like online Mario Kart, you can join a server while a race is in progress. You’ll be able to watch the current race until the race finishes and instantly join in on the next race when ready.

Writing in a blog post the SuperTuxKart team explain:

“We consider this beta very stable, de-facto very close to a release candidate. But we are waiting for another track to be ready to be included, so we are using this time to give more players the opportunity to test (or re-test) our online racing implementation.”

There are several official servers you can join to play, as well as plenty of ‘unofficial’ servers hosted by specific groups, projects or communities. 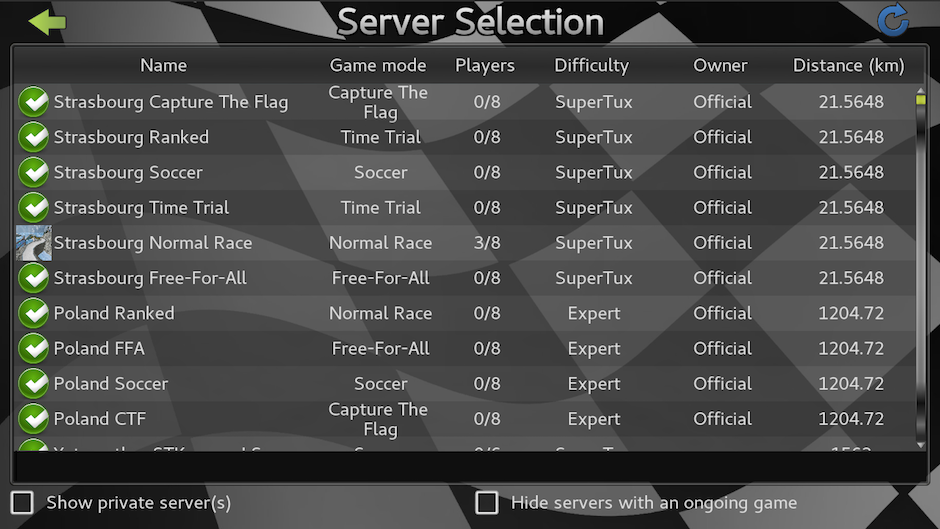 Given that a Raspberry Pi 3 is powerful enough to act as a game server, I expect to see the diversity of game servers increase as the feature rolls out to more users. This will help ensure that there’s always someone, somewhere to race against.

Remember it’s a beta, though

Things like latency/ping between clients and servers are beyond the control of the game or its developers. As such the team advise only joining servers with a ping of under 150ms (ping is displayed when you connect to servers).

But if you’re keen to kick the tyres on multiplayer ahead of its final lap, you’ll find beta builds for Windows, macOS, Android and Linux (provided as a binary runtime, not an installer) over on the SuperTuxKart SourceForge page.

PS. If there’s enough interest, perhaps we could arrange and time/date for an “OMG! Ubuntu! reader’s race? Just a thought…

And Then They Were Gone: GNOME Reverts Back to Brown for Folder Icons
Read Next