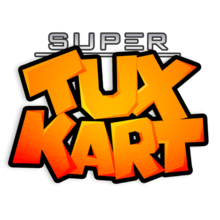 Gaming fans are geared up for the DiRT 4 Linux release next year, but there’s another popular racing game pushing things forward, too.

SuperTuxKart, the famous free software kart racer, is picking up some improved visuals within the in-game user interface and racing screens.

Detailing their plans on the game’s official dev blog, the team behind the iconic racer have shared more details about the graphical spit and polish they’ve given the game ahead of its next major release.

For instance, the main racing screen gives all text a black border, improving the legibility and readability of on-screen labels:

The “Final Lap” message (and other info text) sit higher on the screen than previously, but with larger font size for a more prominence.

You can see all of these changes in action in the preview video below:

Other changes concern the rest of the in-game UI, menus and selection screens.

For instance, each track info screen has more room to show off track preview photos and a space to list the top 5 high scores.

Many setting screens now make use of vertical tabs, providing more room on the screen to display help, settings and other options.

No word yet on when players can expect to go hands on with these (and other) improvements in the game, but with networks multi-player in SuperTuxKart now undergoing wider testing, I suspect it won’t be too long… 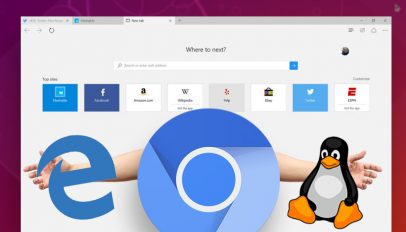 With Its Switch to Chromium, Will Microsoft Edge Come to Linux?
Read Next