Your favourite GNOME applications will soon have dramatically different icons.

GNOME devs are redesigning the default icons for all GNOME core apps as part a wider overhaul of GNOME design guidelines.

The move hope to make it easier (and less effort) for app developers to provide high-quality and useful icons for their software on the GNOME desktop.

Not that this redesign is much a surprise, as the Adwaita folder icons we highlighted a few weeks back suggested a new tack was being taken on design.

With the GNOME desktop environment shipping on the Purism Librem 5 smartphone, the timing of this revamp couldn’t be better.

Currently, developers who create apps for use on the GNOME desktop are supposed to package their software with a ream of additional icon assets in small, fiddly and low-resolution icon sizes.

GNOME is deprecating the use of tiny icon sizes in favour of symbolic icons, and will only require devs to ship a scalable app icon

If you’ve ever poked around in a third-party icon theme you will surely come across multiple folders packed full of icons in 24px, 32px. 48px and other sizes.

GNOME think this burden on developers is just too much; developers who distribute apps on other operating systems or desktop environments don’t need to do this. It’s purely a GNOME thing.

So GNOME is deprecating the use of tiny icon sizes in favour of symbolic icons, and will only require devs to ship a “single, scalable, high resolution” app icon.

And like any well intentioned initiative, the effort begins at home.

This effort is ‘work in progress’. Nothing you see or read here should be considered final.

Expect to see brand new app icons for raft of well-known GNOME apps, including Calculator, Eye of GNOME, some of which you can see previewed below.

The new designs are less intricately designed, eschewing gradients and gloss in favour of higher contrast and more striking colours.

GNOME Documents, Evince and the Totem video player are among the app which have already merged their newly designed flat icons in their development branches.

And revamped glyphs for other apps have merge requests pending.

Why is GNOME redesigning app icons?

Don’t mistake this as redesign for redesign’s sake; there is a method to the sudden madness.

Design trends change, and there’s no reason why GNOME shouldn’t change with them

As mentioned above, GNOME want to make it easier for third-party app devs to target the GNOME platform. And to do that they have to tackle the way apps provide icons.

To help support the effort GNOME devs plan to approach popular open source apps like Inkscape, GIMP, and Blender to support the new icon plans. The hope is for icons to begin to use package name, e.g, org.gnome.Blender.svg.

GNOME also wants to “reconsider the aesthetic choices” it has made thus far, according to GNOME designer Jakub Steiner. It’s not that its current icons aren’t usable — they are, and in many cases wonderful efforts — but the intricate 3D modelled look is out of vogue.

First impression count and all that…

A re-write of the GNOME human interface guidelines (HIG) is now underway. This will help bring developers up to speed on best practices for making icons, use of white space, colours, perspective and so on.

Simplifying the way icons are provided, used and scaled, for both first part and third-party apps, has an added boon: it makes it easier for the GNOME desktop to remain contemporary in the future.

Tastes change, and there’s no reason why GNOME can’t change with them.

Between the swanky new login and lock screen design, new folder icons, and these improved app icons, the future of GNOME is starting to look great!

Home » News » A Major GNOME Icon Redesign is Getting Underway 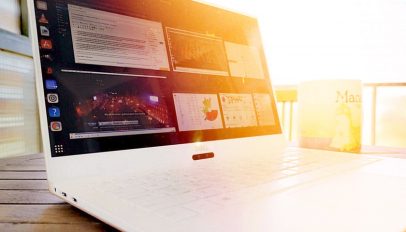