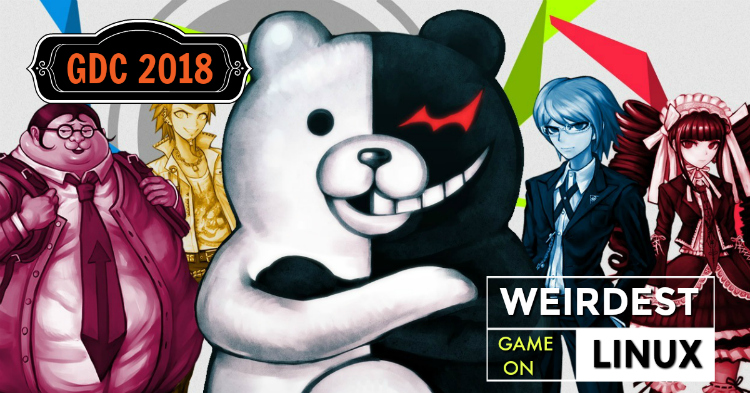 With a special developer GDC viewing party tomorrow, I wanted to get us up to speed on the insanity that is Danganronpa: Trigger Happy Havoc right now.

I’m gonna level with you. My first impression of Spike Chunsoft’s offering, based on the trailer, was a tall glass of double checking reality garnished with a sprig of WTF.

You play as the game’s protagonist, Makoto Naegi, an ordinary high school student who wins admission to the school by way of a raffle (a good a way as any to get into higher education these days, am I right?). In addition to the protagonist, the government funded school contains fifteen pupils of unique design and personality.

Once Makoto/you arrive at the school, an opening ceremony of dubious decorum takes place (cue plot exposition). After this ceremony, it’s made clear that the only way to “graduate” from Hope’s Peak Academy is to… KILL OTHER STUDENTS.’ Our plucky young hero takes exception to this monstrous ultimatum, and the game really begins.

With headmaster Monokuma, (a character design exercise in how to illustrate bipolar disorder on a robotic teddy bear) breathing down your neck, you must correctly solve a series of murders while also surviving Class Trials…and your fellow pupils.

As weird as it sounds, this is definitely a game for ANY diehard anime fan. With all the character tropes a fan base could ever hope for, complex storyline and classic RPG dynamics this is a Mature rated game to kill time (and sanity) with.

Even for those who aren’t lovingly gazing at their daikamura or poring over the local bookstore’s manga section, “Danganronpa: Trigger Happy Havoc” has enough fun, quirk, and mystery to keep players pulling the trigger over and over again.