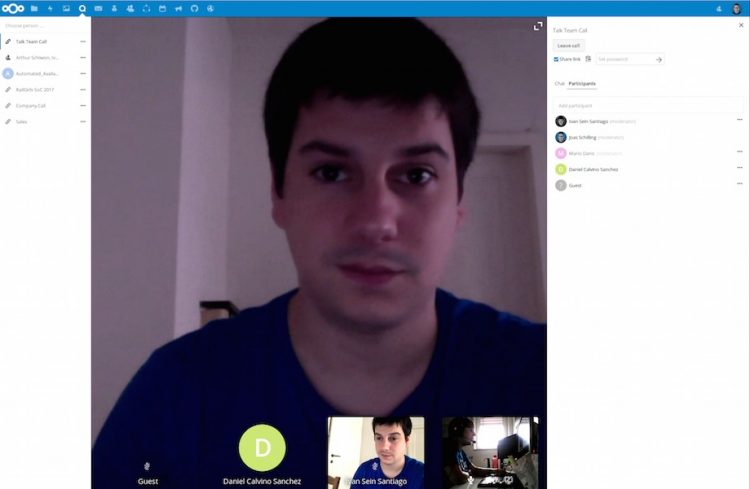 Called ‘Nextcloud Talk’, the feature brings audio, video and messaging features based on WebRTC to the personal cloud server software, which was forked from OwnCloud back in 2016.

“It was clear to me that the next step for a file sync and share solution like Nextcloud is to have communication and collaboration features build into the same platform. You want to have a group chat with the people you have a group file share with,” Nextcloud founder Frank Karlitschek explains on his blog.

The feature makes use of WebRTC for audio and video communication, supports sending and receiving files, basic text messages, and even screen-sharing. It works with most modern web browsers, through desktop apps for Windows, macOS and Linux, and there are Android and iOS apps available for mobile-based calling too.

Nextcloud Talk on the App Store

Like most apps for the Nextcloud suite the Nextcloud talk add-on is entirely optional; if you have no use for video chat, don’t add it to your server.

Nextcloud is sort of like a free, open source and self-hosted Dropbox; your own private, personal cloud. Through the use of add-ons and apps you can expand and extend the functionality of your cloud, sync data to and from desktop and mobile, and more.

Nextcloud Talk is one such app.

Now, to use the new talk feature you do need to have a Nextcloud instance running somewhere. You can, in theory, run Nextcloud from a desktop PC but using a dedicated device, like the Ubuntu-based Nextcloud box, is recommended.

‘Calls are encrypted end-to-end: no-one but you will know who you call, when, or from where’

In many ways this makes it even better than an open source Skype alternative because instead of your calls, files and video being routed through a third-party server in who-knows where everything is co-ordinated by the Nextcloud instance that you control.

Calls are made peer-to-peer and are encrypted end-to-end. No-one but you will know who you call, when you call, how long you call, and from what location you call.

And there are no third party servers or additional logins required — making this a truly self-hosted alternative to Google Hangouts.

If you’re keen to learn more you can check out the talk app listing on Nextcloud Apps, or check out the source code over on Github: 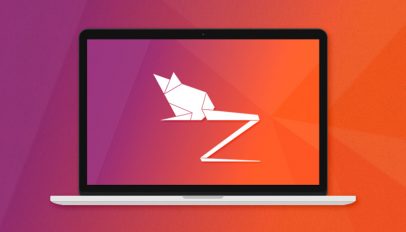 Support for Ubuntu 17.04 Ends This Week
Read Next