Gamers will be able to pre-order the Ataribox from December 14 — though there’s still no firm word on price or hardware specs.

The company behind the new games machine revealed the pre-order date in a (now deleted) Facebook post. It later uploaded an image teasing the date ‘14.12.17’ (pictured above).

Users will be able to “pre-order” the Ataribox through IndieGoGo, where the price for the console is expected to be start somewhere around the $299 mark.

Ataribox: What We Do (And Don’t) Know

The new Ataribox is powered by an as-yet-unknown Linux distribution, and will come with a selection of classic Atari games pre-installed, including Asteroids, Missile Command, and Adventure.

The design of the Ataribox is inspired by classic Atari consoles of the 1980s, but inside the device will be throughly modern, utilising an AMD processor, Radeon graphics, and offering various memory configurations. 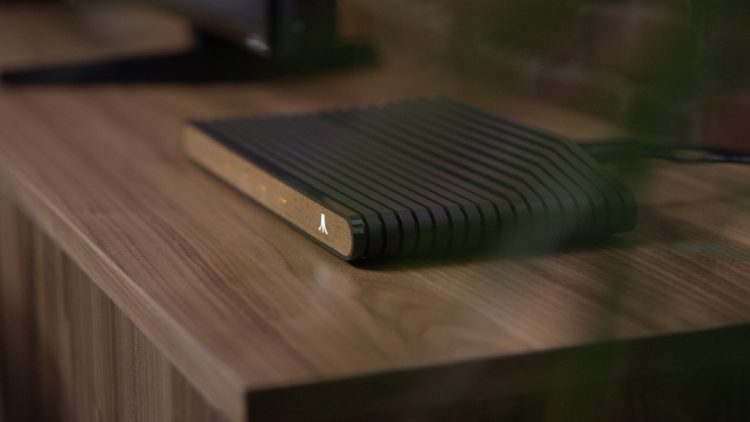 A retro-styled single-button joystick will be bundled with the machine to lend a more faithful Atari experience when playing the arcade classic.

Beyond gaming the Ataribox will also purportedly have access to a stack of online entertainment services, including Netflix and HBO Go.

Linux enthusiasts will be able to access the underlying OS to install other games distributions services (like Steam and Itch.io).

But, outside of some fancy renders, we’re yet to see a video of the device, a list of its specifications, word on the sort of games that will be available, an exact release date, and so on…

Lack of specifics is frustrating

Although I’m still pretty excited for the Ataribox (and sincerely hope it delivers) I have to say a few things are troubling me.

For a product that is going be available to “pre-order” in just a couple of days time there really ought be more information on the technical specs of the machine. Thus far, save for knowing it’ll be AMD components, buyers could be pledging blind.

The lack of word on third-party title support (sans Steam), plus no mention of which Linux distribution is being used by the machine, is also curious by its omission.

Hopefully Atari will reveal all on December 14 — but the decision to delete their initial Facebook post after fans queried their lack of transparency does puncture my enthusiasm a little.