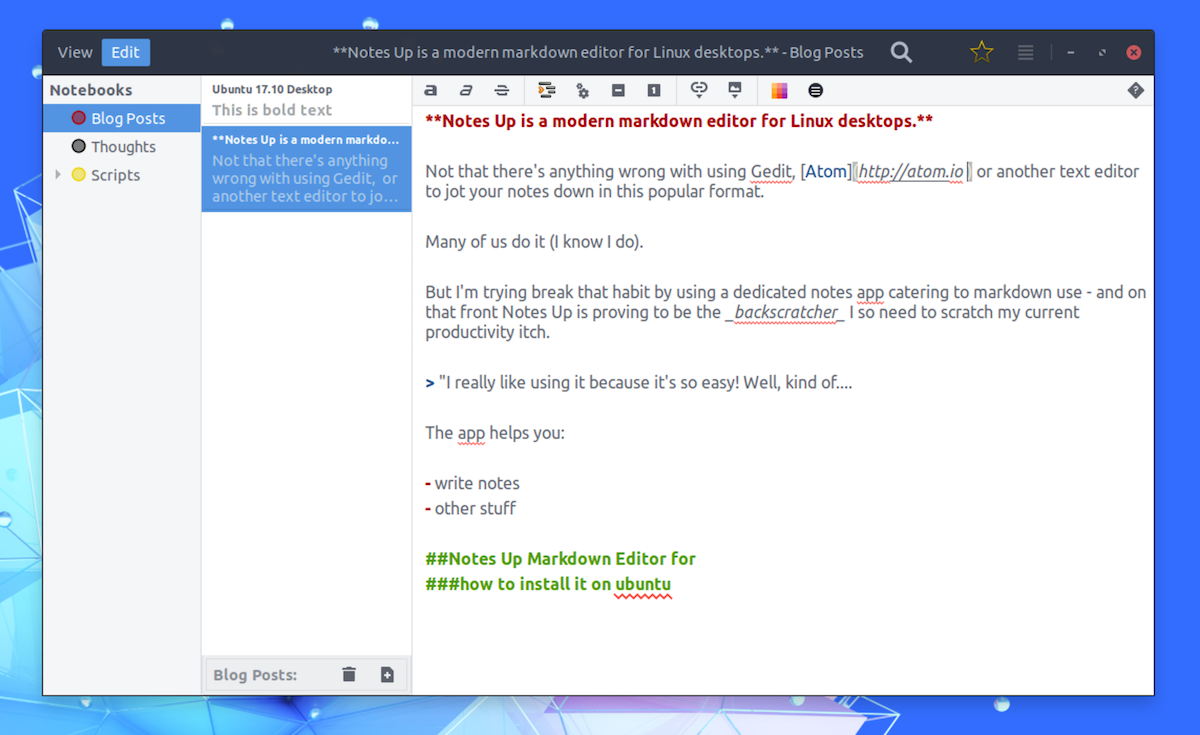 Notes Up is a Markdown editor for Linux desktop.

It has a clean, straight-forward interface, a couple of nice features (including a revealable markdown cheat sheet), and is easy to install as a Flatpak app from Flathub.

At first glance the layout reminded me of a popular markdown editor for macOS called “Bear“: 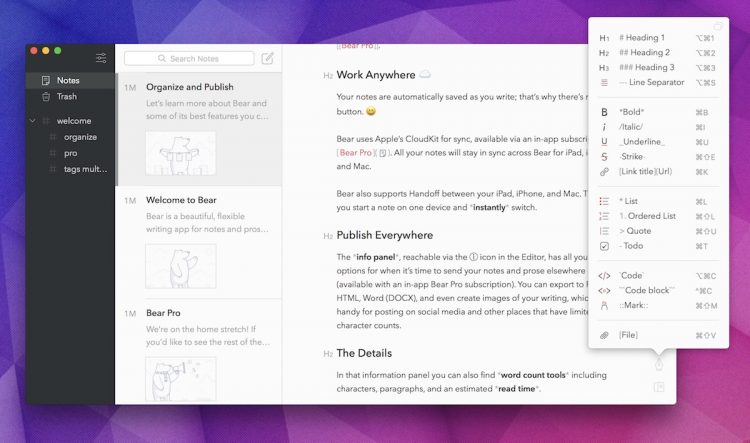 The left-hand sidebar displays a list of ‘notebooks’. Next to it is a column listing any notes you’ve added to the selected notebook. And on the right of the window is the text editor itself.

The text editor portion has a formatting toolbar (though many with odd icon choices) letting you select text to apply text formatting (e.g., bold, italic) or insert lists, pictures and links.

You can get an instant preview of how your document is looking by by pressing the ‘view’ text label in the header bar.  At first glance I thought ‘view’ and ‘edit’ were regular menu items. “Preview” and “Write” would be a much more descriptive labels.

The core features of Notes Up:

Sadly there are a couple of glaring gaps in the Notes Up feature set that, in many ways, make it worse for markdown than a regular text editor.

For example, there’s no immersive writing canvas (see Typora for that), and it lacks any kind of “distraction free” or full screen environment. Even Gedit can go full-screen with zero distractions.

And despite being a native Linux app designed for Linux users using Linux desktops the app looks terrible with most GTK themes, e.g., poor padding of the sidebar, notes lists, and header bar icons; no delineation between sections under some themes, and so on.

Adwaita suited the app best, as did Arc Darker (pictured in this post) — but should I really have to switch GTK theme to make the app usable?

But the biggest missive is that the app will only export/save notes as a PDF.

It’s useful …If you want to make a PDF. But a ‘save note as…’ option would do wonders, as would support for opening markdown files (.md) using the app.

Notes Up also lacks any extra bells and whistles that writers would find useful, like a word/character count; a live, real-time preview; and the ability to tag or group notes in a more flexible way (e.g, using tags).

Like what you see? Well, here’s where things get a little **annoying**.

There is an official Notes Up PPA that packages the app for Ubuntu 16.04 LTS (only) — but the PPA does not not contain the libgranite dependencies (yay, fragmentation) the app needs to run.

So, instead, and this also works on Ubuntu 17.10, you’ll first need to download libgranite4, libgranite-common and contractor separately, and install them.

Notes Up is available as a Flatpak app

Notes Up is available to install a Flatpak app through Flathub. This version comes with all the dependencies it needs packaged up neatly inside — no fuss, no faff!

Since Ubuntu doesn’t handle one-click Flatpak buttons (sigh) you will need to install it the old fashioned way (this is assuming you have Flatpak installed):

This command will prompt you to add the relevant repos and runtimes needed to use the app, so do pay attention to the output.

I’m a fan of markdown, the popular text-to-html markup language. I find it dramatically increases the speed at which I can write and organise whatever it is I’m waffling on about. No toolbar buttons to hit. No obscure HTML tags to learn. I can literally just type.

One of markdown’s biggest selling points is you don’t need anything special to use it. You can write markdown in any bog standard text editor — yup, including Gedit!

But dedicated Markdown apps are growing in popularity. Apple’s macOS has a gantry full of ’em, and Windows isn’t too far behind.

A slate of markdown editor apps are available on Linux too, like include Typora, Abricotine, and the Qt-based Ghostwriter.

ReadWrite have a neat introduction to Markdown if you’re not familiar with it. Do check that out.

The main selling point of Notes Up is its simplicity — but this is also the app’s biggest drawback.

A promising native alternative to Electron-based markdown apps? Certainly, but on its own merits its unlikely to convert anyone to using the format. 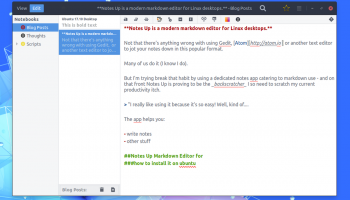 A promising, but flawed, markdown editor for Linux desktop that lacks some essential features.

Home » Apps » Notes Up is a Markdown Editor for Linux

leoheck Yeap, I was not talking about you. I was talking…
Why Ubuntu 21.04 Won’t Include GNOME 40 or GTK4