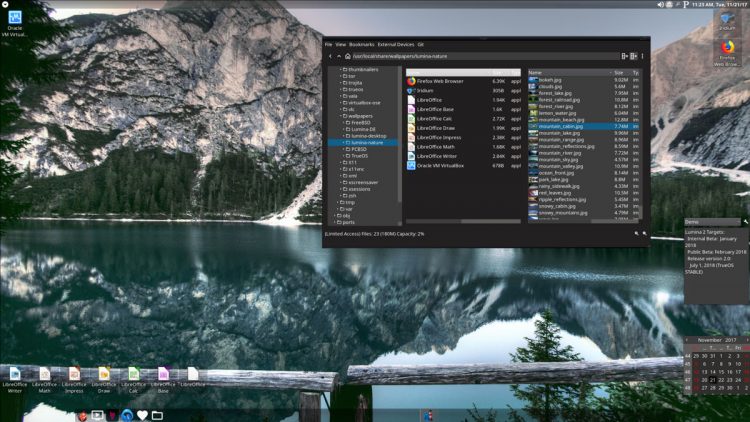 A brand new version of the Qt-based Lumina desktop environment has been released.

Lumina 1.4.0 carries a number of changes, optimisations, and feature improvements.

Lumina is the default desktop of TrueOS, a BSD-based operating system. The desktop itself is lightweight, modular, built using Qt, and uses Fluxbox for window management.

Although Lumina is mostly aimed at BSD users it also runs on Linux, including Fedora, Arch and — *mario coin sfx* — Ubuntu.

The headline feature in Lumina 1.4 is the “Lumina theme engine”, which ships as part of the core desktop package. This engine brings new theming capabilities to the desktop and Qt5 apps, and helps ensure a consistent look and feel.

It’s unusual for a new version of Lumina to arrive without a new app in tow, and this update is no exception. Lumina 1.4 introduces a new document viewer called lumina-pdf.

Like most apps for this DE the new PDF viewer is a standalone utility. It makes use of the poppler-qt5 library for rendering documents, and uses multi-threading to speed up the loading of pages. 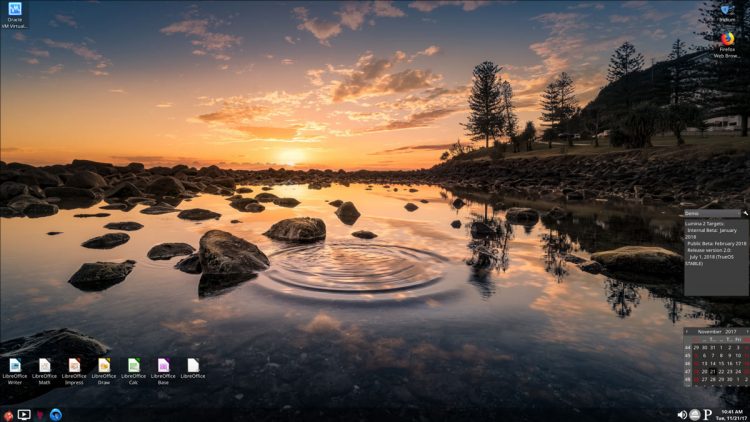 Multi-threading support is included in lumina-fm (the Lumina file manager), making the loading of directories much faster than before. The file manager also gains an option to launch a new instance as root user, improves the “open with…” menu item, and adds an action to set an image file as the desktop wallpaper.

The lumina-mediaplayer is now able to play local video files in addition to local audio files.

There are also multi-monitor improvements, improved loading of the desktop, and various ZFS integrations.

Can I Install Lumina Desktop on Ubuntu?

If you want to install the Lumina desktop environment on Ubuntu you can, but it’s not easy.

You can download source code for the latest stable release from the Lumina website. The website also has a pretty thorough guide on how to build the DE from source should you feel up the challenge.