A new version of Pithos, the open-source Pandora Radio client for Linux desktops, is available to download.

Pithos 1.4.0 introduces a number of new plugins that extend its feature set, including a 10-band equalizer, a screensaver/lock screen inhibiter, and a volume normalizer.

The app also adds F1 keyboard shortcut for opening the online Pithos wiki; the app now detects if you’re a Pandora One customer; and the app window is able to save and restore its position.

Pandora Radio is a US-based music streaming service with free and paid tiers.

It should go without saying that to use Pithos you will need an active Pandora Radio account.

An official web player is available to all users on Windows, macOS and Linux, as well as mobile apps for Android and iOS. An official Pandora desktop app is available on macOS and Windows for Pandora One customers.

Pithos is an unofficial, third-party app favoured by Pandora subscribers on Linux as it offers a more integrated experience than the official web player, including MPRIS support, keyboard media keys, and desktop notifications.

Other features of Pithos (not new to this release) include full support for cover art, thumbs up/down buttons, station creation, proxy support and last.fm scrobbling.

Pithos 1.4.0 is available to download as source code from Github, though you’ll need to manually compile this code to get an app you can use.

The client is also available as a Flatpak app via Flathub. If you’re reading from Fedora, Manjaro, OpenSUSE or Arch and you have Flatpak set-up you should be able to install it by clicking this button:

Ubuntu users wishing to install the Pithos Flatpak will need to use the command line. 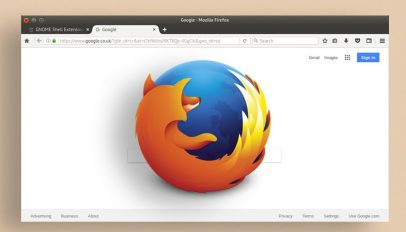 Should Firefox ESR Be Available on Ubuntu?
Read Next