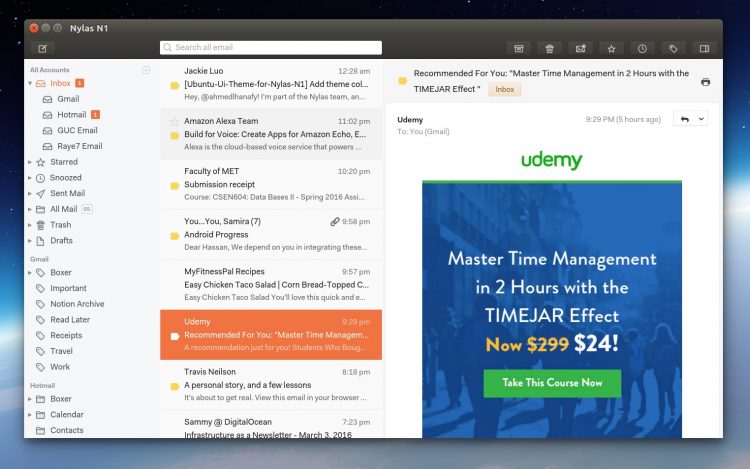 Nylas N1… or is it just Nylas Mail now? I can’t remember, and to be honest, it doesn’t really matter because, we learn today, the app is dead — deader than Ubuntu Phone on launch (too soon?).

Don’t believe me? Read the following terse, but appreciably direct, e-mail the company sent to a Nylas Mail user — yup, it actually had some — who got in touch with a support query.

Their response, minus the hi’s and goodbye’s reads:

“Unfortunately, we are no longer providing help support for Nylas Mail or N1. As a company, Nylas is focused on our API products to help other developers build email, calendar, and sync capabilities into their own applications.

While we no longer provide help support, N1 and Nylas Mail will continue working just as they do today – we are not turning them off any time in the forseeable future. If you have a subscription for N1 or Nylas Pro, those will continue to work. If you’re a developer, or you know some developers interested in email or Electron applications, we encourage forks of the Nylas Mail project.”

I would ask if you’re upset, but you’re probably still trying to remember what Nylas N1… Sorry, Nylas Mail is.

Nylas Mail was (I guess still is, but I can’t be bothered keeping track of tenses in this heatwave) a cross-platform desktop email client built using the world’s most popular application development framework, Electron.

Thanks to a fairly decent set of smarts the app could handle multiple accounts, do unified inboxes, mail snoozing, undo send, and a bunch other stuff.

As a cross-platform app based on Electron, sporting an attractive, modern UI and support fort all sorts of themes and extensions, I am sad to see the app retire from its potential.

But, on the flip, despite writing about the app a couple of times on this site I won’t pretend that I used it full-time. I have it installed, sure, but I also have a Ekiga installed — and no-one’s opened Ekiga on any desktop, anywhere since 2009.

For desktop email-y things I will, as now, use Thunderbird. It’s fast enough, responsive, well featured, and doesn’t come with any creepy baggage

Plus, with the Thunderbird Monterail theme it just look too damn bad ass not to use, frankly. 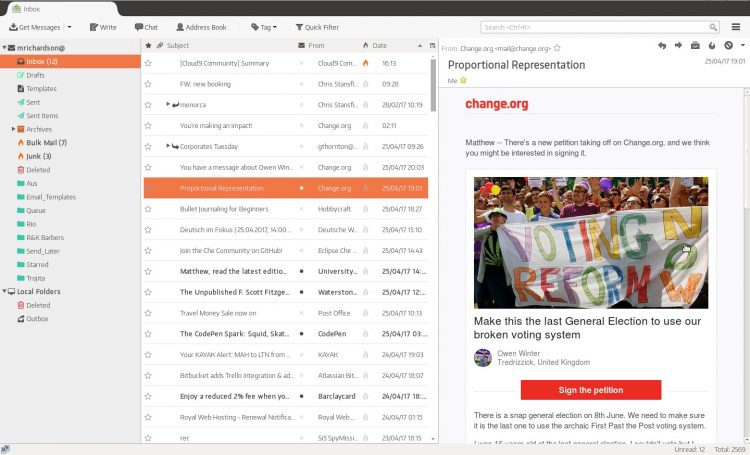 If you’re a big fan of Nylas Mail there’s no reason to get upset or quit using it. I say keep using it until you can’t, and then switch to something else. Thunderbird, Trojita, Geary, Mutt, Clawsmail…

So long as it remains functional, Nylas Mail now becomes a glorified showcase for the company’s paid-for APIs rather than a product intended for usage by end desktop users. 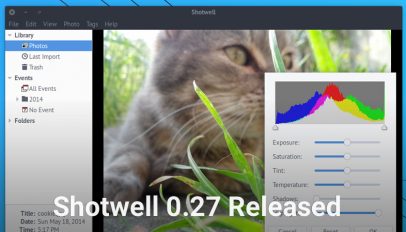 Shotwell Photo Manager Updated, Here’s How To Upgrade on Ubuntu
Read Next