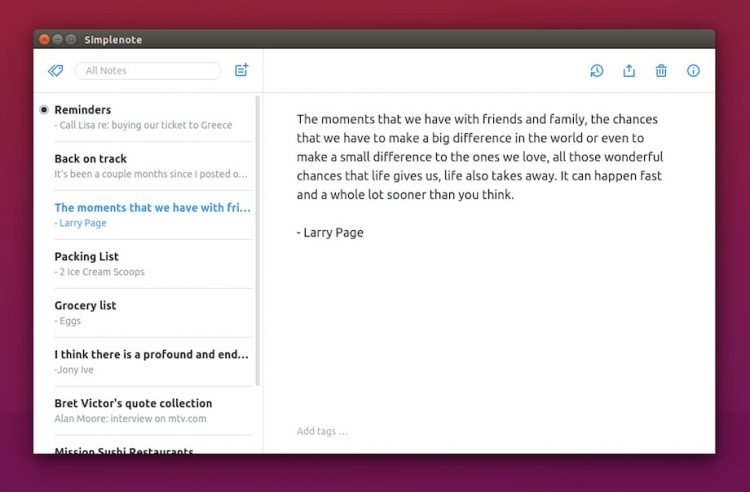 Simplenote is one of the most popular note-taking services around, and it’s just gotten easier to use on Linux.

Launched last year, the official Simplenote Linux app is available as a Snap on Ubuntu and other Linux distributions.

It also has a handy revisions feature that lets you seamlessly slide back through earlier drafts of any note:

Simplenote is owned by Automattic, the company behind the open-source blogging platform Wordpress. Every Simplenote app is open-source.

The Simplenote Snap has a couple of minor issues versus the standalone version available from Simplenote’s Github. Future updates to the app and/or Snappy will fix things like poor system theme integration: 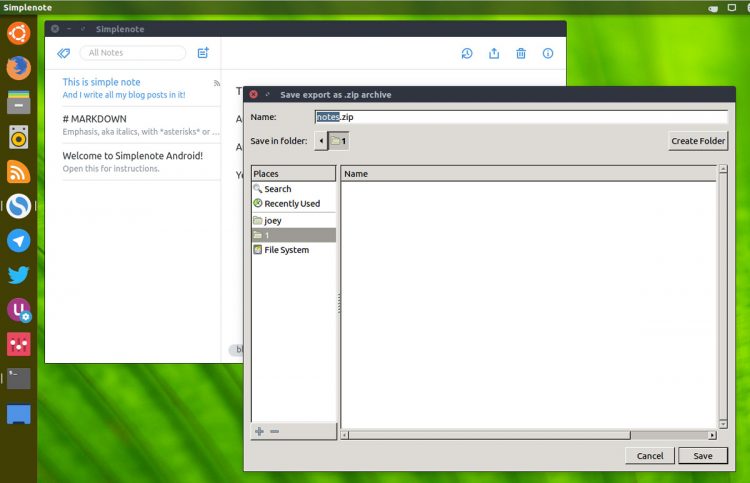 And, on GNOME Shell, icon/task assignment issues in the apps dash/favourites dock:

Snap apps… What are those again?

Snap apps allow software makers to quickly and conveniently package up and distribute to  millions of Linux users. Anyone running a Snap-supported Linux distributions, including Ubuntu, Arch, Fedora, and OpenSUSE, can install Snap apps.

Snap software is automatically updated in the background, and should an update ever go awry transactional update features means developers can quickly “roll back” those affected to an earlier, working release.

Thankfully it’s easy to install Simplenote on Ubuntu, as well as on any other Snap-supporting Linux distro.

To install the Simplenote Snap on Ubuntu 14.04 LTS or 16.04 LTS, or another Linux distribution like Arch, Fedora, etc, you’ll need to use the command line:

If you’re running Ubuntu 16.10 or 17.04 you can install Simplenote from Ubuntu Software:

Home » Apps » Simplenote, the popular note-taking app, is now available as a Snap on Linux 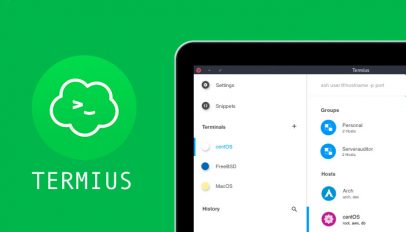