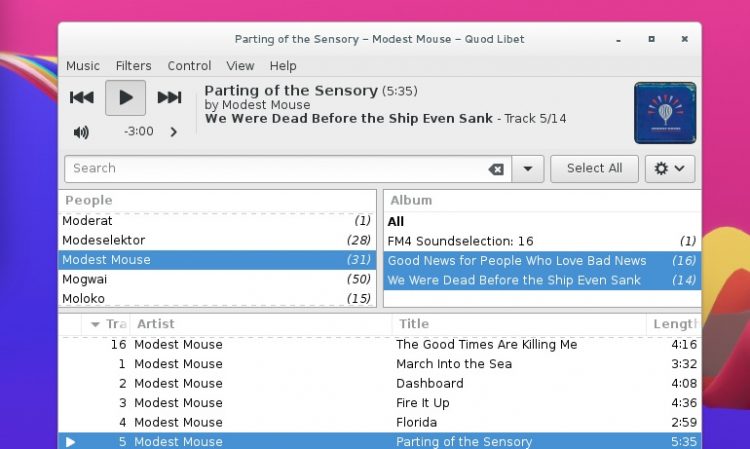 A new version of Quod Libet, an open-source and cross-platform music app, is available to download.

The app is a versatile music player/manager for Windows, macOS and Linux. It has several advanced built-in features, including a file renamer, a music tagger, and an audio encoder.

The latest release is Quod Libet 3.9. This update ships with a bunch of fixes, tweaks and minor new features, including:

To install the latest stable release of Quod Libet on Ubuntu 16.04 LTS and above you need to add the official Quod Libet PPA  to your software sources:

Then run an update and install (or upgrade) the app:

Once installed you will be able to launch the app from the Unity Dash (or equivalent app launcher).