And the result is beautiful. 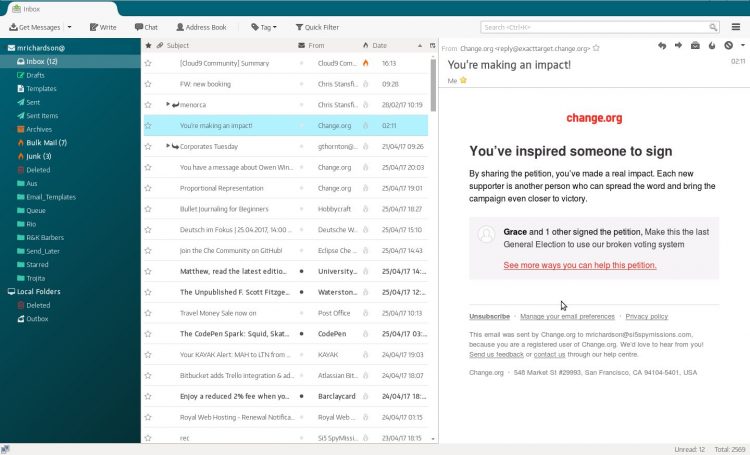 You can see how, despite having to work within the limitations of Thunderbird’s existing feature set and theme capabilities, just how close the recreation comes to the original mockup:

Three additional themes are included, all based on the Monterail design. Two of these, ‘light’ and ‘dark’, pick up the accent, background and highlight colours from whatever GTK theme you’re using.

The result is almost as seamless as the stock look. Images here are pictured with Ambiance: There’s also a striking “full dark” version for those of you who really dig dark themes.

But the results, as you can gawp at above, more than make the effort worth it, I think.

See, these aren’t actually themes so much as custom  userChrome.css files that change the look of Thunderbird as it starts up.

All 4 of of the theme files make use of the EncodeSans Narrow font (which is included in the details below) and uses a custom set of .svg icons to replace the default Thunderbird icons. These are drawn from the (incredible) Font Awesome project.

How to install the Thunderbird “monterail” themes

Update: See our post on how install Monterail Thunderbird themes for support in Thunderbird 60. It’s much simpler, too!

Once downloaded extract the .zip archive and rename the ‘thunderbird-monterail-master’ to ‘chrome’.

Open your Thunderbird user config folder in a new Nautilus window or tab. This is a hidden file (hit Ctrl + H to see hidden files and folders). It will be located ~/.thunderbird/[random letters and numbers].default/.

Move the ‘chrome’ directory to this folder: 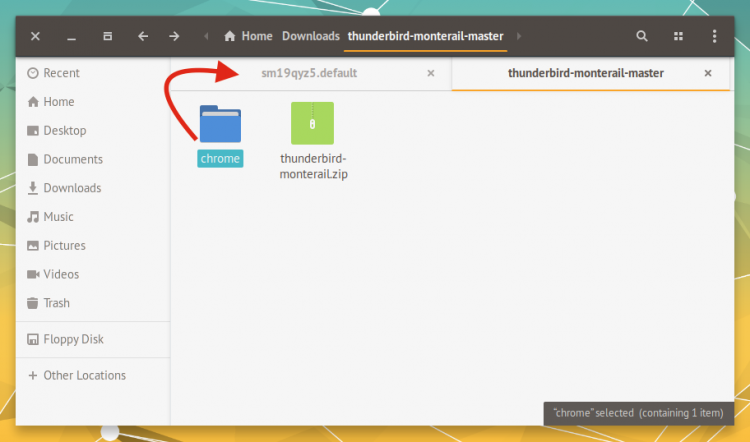 Inside the “chrome” folder find the ‘userChrome.css‘ file and open it in a text editor.

On line 13 replace the @import "themes/system.css"; with the name of the theme (‘dark.css’, ‘fulldark.css’, ‘light.css’, etc) that you wish to use.

Oh, and remember to hit Save! 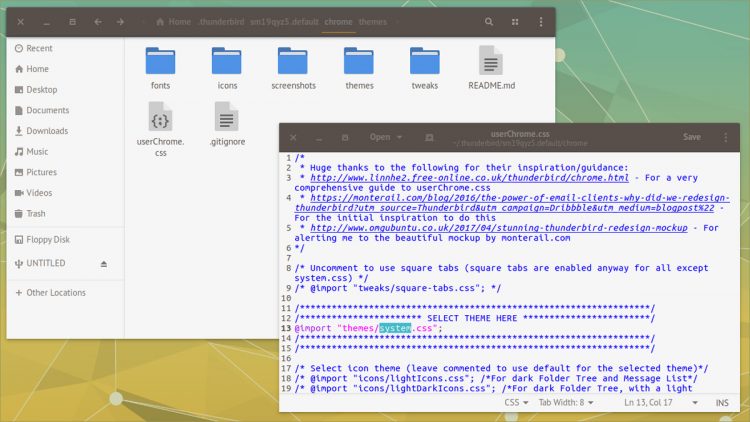 Launch Thunderbird and the style should be applied instantly.

If things don’t look right do double check that you’ve edited the css file and remembered to save your changes.

Any further issues head over to the Github project page. 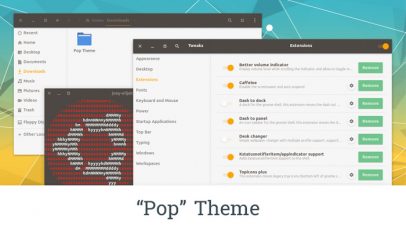