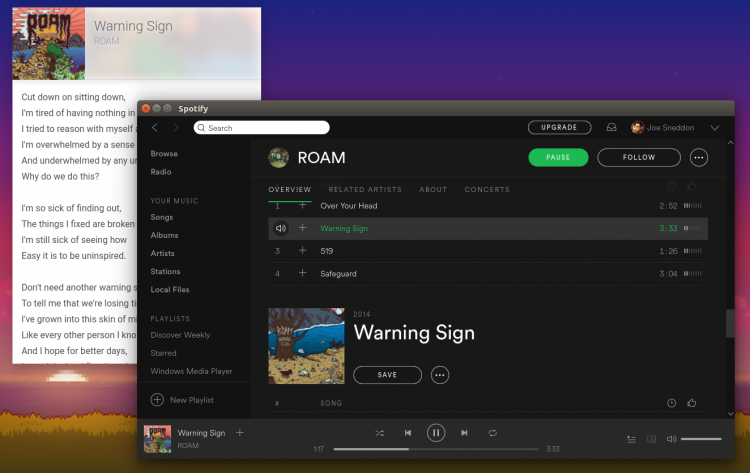 Spotify removed the lyrics function from it’s mobile and desktops apps back in the summer, after a deal with lyrics database Musixmatch hit a bum note and ended.

The streaming service says it is making ‘big improvements’ to its lyrics support and plans to ‘share more updates’ in due course.

But that’s cold comfort if you miss the ability click a button and instantly see lyrics for the currently playing song.

Now, I know what you’re thinking: as music player features go the ability to fetch and display lyrics isn’t essential.

But it was handy, particularly when checking out a new band or listening to a new song (“did they really just sing that?!“).

The lyrics feature also helped many learn that the words  in a song are not what you’ve always thought they were! (On that note please do share your stories about misheard lyrics below!).

If you use the Spotify for Web player app that we’ve written about a couple of times before then you don’t need this app as lyrics support is built-in (hurrah).

But the web player isn’t for everyone. If you want to stick to the official Spotify for Linux client and get lyrics back, Lyricfier is an almost perfect solution. 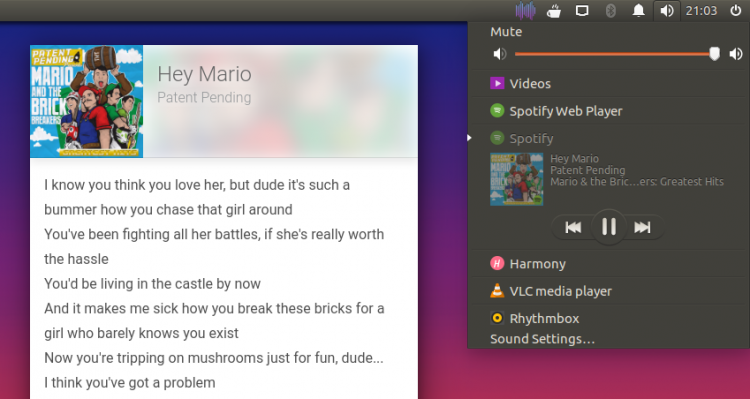 Lyricfier is an Electron app (no groaning) that detects which song you’re streaming in Spotify and then fetches matching lyrics from the web. When running it automatically changes on track change, too.

When Spotify isn’t playing a track the Lyricfier app will show an error.

The app has a couple of settings, including an obligatory ‘dark theme’ option (pictured below) and the ability makes the lyrics window float on top of all your other windows. 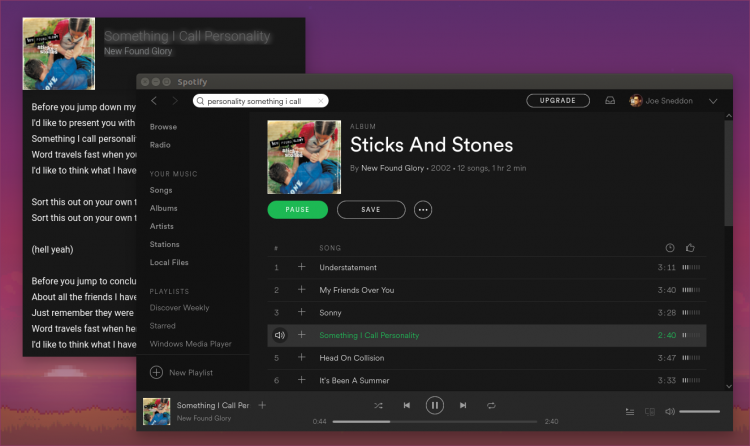 Naturally this app won’t be of use if a) you don’t like lyrics and b) don’t use Spotify. On the other hand, if you were upset to find Spotify lyrics gone, do check this out!

You’ll find Lyricfier downloads for Windows, macOS and Linux available from the project website below:

Home » Download » Lyricfier, a Spotify Lyrics App for Your Desktop 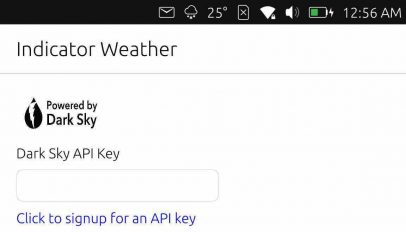