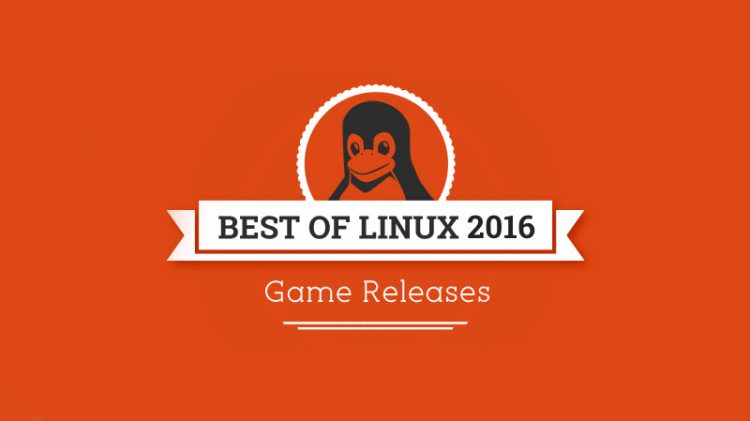 So 2016 wraps up in a few weeks, which means we’re breaking out the content cliche bunting to decorate the place with ‘best of’ listicles.

This one, in case you hadn’t already guessed, is a rundown of the best Linux games of 2016. We’ve already looked at the best Linux distro and app releases in 2016, and highlighted 6 of the biggest Ubuntu news events. It feels right to move to games next.

From the triple-a titles whose arrival has kept us all agog about, to smaller indie gems and open-source stalwarts. Basically, what follows are the games that have kept us (if no-one else) glued to our uncomfortable IKEA chairs throughout the year.

Naturally, the list that follows is absolutely subjective. It’s based not on sales, or critical ranking, but on the titles we’ve played, seen you enthuse about playing, or have racked up some serious cool points for the Linux Gaming Platform™ as a whole (i.e. the obvious hits that one has to have in a list like this, at this time of the year, or be mocked on social media for).

Games in this list were either released for the first time on Linux in 2016, or had a sizeable update that lured new gamers in. Titles are not listed any sort of order of preference (we’re not that decisive) and all games are available to play on Linux in the UK, but availability in other locations may vary!

Linux Gaming in 2016 — A Brief Moment To Reflect

Y’know, the past 12 months has been crowded with Linux game releases. That makes my job, here, writing this, all the more difficult.

From one-person indie developers hawking their 16-bit wares to porting powerhouses like Feral Interactive popping out popular title after popular title: the sheer breadth of creativity and  content that Linux gaming received this year means we end the year writing from a platform has never looked so viable, varied, or vibrant as it does right now.

What better game to kick off a list that celebrates the mad creativity of gaming than with a metal-melding, high-torque hybrid like Rocket League?

This frenetic, fast-paced fusion funnels the best bits of Mario Kart, Super Smash Bros, and Mario Super Strikers in to one odd-ball but ostensibly original game — and yes, it manages to be every bit as fun as that mix sounds on paper!

With various game modes both offline and online, including competitive cross-platform online multiplayer, the game packs a whole lot of value in.

The performance of the game on Linux “seriously impressed” the folks over at GOL, who also praised the ‘seriously fun gameplay’, the soundtrack, the car customisation, …Heck, the whole dang game! 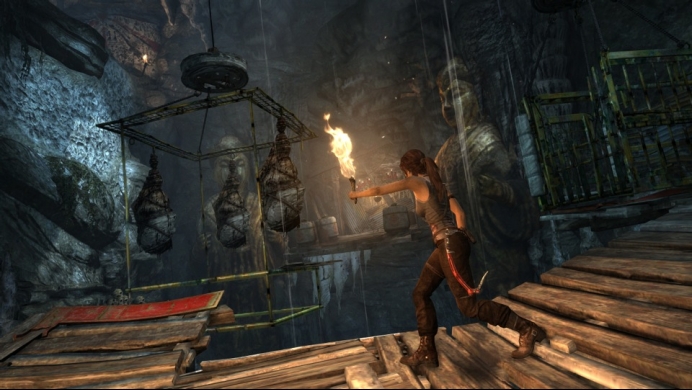 Lara Croft, upholding tradition, certainly took the long way round when headed to Linux. Tomb Raider, which was originally released on Windows, PS3 and Xbox 360 in 2013, only arrived on Linux desktops in April of this year.

But her arrival, in a typical blaze of gunfire, was rapturously met by gamers eager to delve into her origin story and guide gaming’s most iconic heroine (sorry Samus), helping take her from aspiring archeologist to ass-kicking (and key obsessed) adventurer.

“When a young Lara Croft is shipwrecked on an uncharted island, she enters a fight for survival armed with nothing but her instincts…” reads the (naturally) hyperbolic back-of-box blurb.

But it works; the graphics, gameplay and story pull you in from the first loading screen to final.

Despite early performance hiccups, the Linux port seems to run fine for most gamers, with Liam Dawe of Gaming on Linux welcoming the most recent patch as having ‘improved certain areas significantly.’ 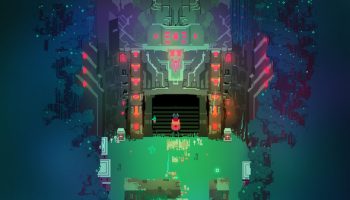 Don’t let the SNES-quality graphics fool you: Hyper Light Drifter is not an easy game. It will demand far more of you than you’ll expect, and you’ll love/hate it for it at the same time.

Atmosphere and setting plays a more central role than a storyline spelled out for you in unsubtle ways. It’s a mood-centric gameplay style that won’t appeal to everyone, and that’s fine.

Every change in scene had me fawning at the screen. The post-apocalyptic, neo-anarcho setting is familiar stuff, but the sheer depth and detail in each and every pixel is not.

“Explore a beautiful, vast and ruined world riddled with dangers and lost technologies,” reads the official Steam store blurb. Hyper Light Drifer is truly a game you’ll want to get lost in. 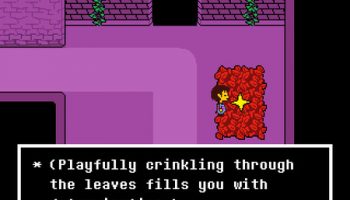 Another title playing homage to the 90s RPG genre is Undertale by Tobyfox.

Visually the game is on point, looking like something that took a few blows on the cartridge to get up on screen.

The game flips the usual RPG mechanic on its head, pitching up as “the RPG game where you don’t have to destroy anyone”. In play it’s not quite as pacifistic as that description might lead you to assume, but this game is unique and original.

You will need to interact with non-playing characters, not simply charge past them, and both storytelling and combat mechanics will, at varying points, not be quite what they same.

Part parody, part homage: Undertale is a tale not to be underestimated. 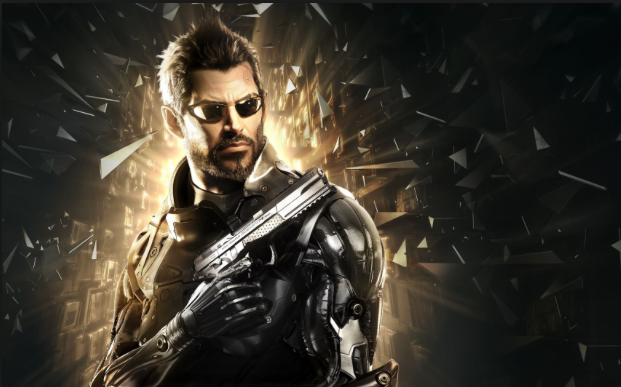 When Deus Ex: Mankind Divided hit PlayStation 4, Xbox One and Windows back in August few of us expected to hear that a Linux port would follow just a few months later.

Not quite a day-one Linux release, but when it’s a game this hyped, who cares?!

Missions are often open-ended, which can (at times) feel a little flattening, and the voice work is often wooden. If those negatives don’t slip you up then the beefy system requirements and lack of AMD support might. 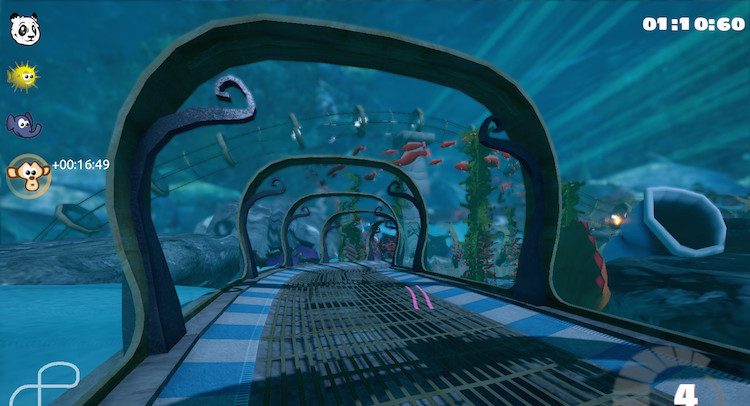 Along with a couple of new tracks, including Antediluvian Abyss (pictured above), the update finally enabled the multiplayer game modes (including a battle mode) to be played on your lonesome, in single-player mode. Hurrah for AI!

Rounding things off off nicely, the devs also added in the ability to record your races so that you can pit yourself against your own best time. This was an update ripe for the hyper competitive.

When we asked our Twitter and Google+ followers which games would pepper their own personal top 5 for this year there was one game that cropped up again and again.

Total War: WARHAMMER for Linux launched back in November and, as strategy games go, it’s hard to beat something that combinate the tabletop  lore of War Hammer with the tried-and-trusted empire-building mechanics of the Total War series.

If there’s one complaint I have heard from fans of the port it’s that online multiplayer is limited to Linux-to-Linux users, rather than cross-platform.

As stated at the outset: this isn’t a comprehensive list. If we literally listed every game released this year that we liked we’d be here a very long time!

A few games that almost made this rundown that are worth checking out/splurging that xmas Steam Store credit on include Stellaris; Tyranny; the latest alphas of 0 A.D; and Overlord.

We did not receive promo codes for any of the games listed in this article. Steam store links in this article do not use affiliate codes. For more details see our ethics tweet.
Gaming List Video 2016 rocket league tomb raider

I'm Sober Now, Mom! The aim is to improve readability and accessibility. Changes like…
Check Out GNOME Shell’s New Look in GNOME 42

I'm Sober Now, Mom! These are small, but welcomed changes for me. Adwaita-dark theme…
Check Out GNOME Shell’s New Look in GNOME 42