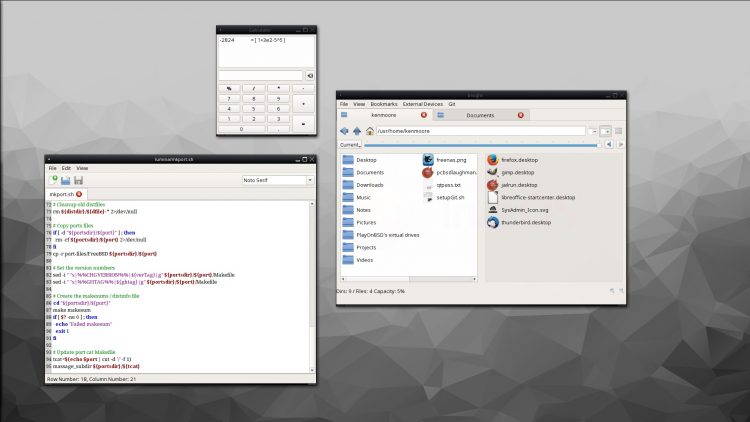 The desktop is primarily targeted at BSD rather than Linux systems, is based on Qt5 (sans QML) and the Fluxbox window manager. It uses a modular, plugin-based approach to the entire interface, allowing the desktop to fine-tuned and tweaked to suit each individual user.

While the developer of Lumina say it is “designed to work best with TrueOS”, a distribution based on FreeBSD Current and formerly known as PC-BSD, you can compile and install it on almost any Linux distribution, including Fedora, Arch and — naturally — Ubuntu.

Lumina 1.1 update is billed as a “significant update”. It features “new and fully reworked utilities, plus improvements to the underlying infrastructure”.

Lumen’s Insight File Manager benefits from the most changes, picking up a new Git menu (if Git is installed locally) with actions to clone and view a Git repo. There’s also a multithreaded backend for faster file indexing; a new directory viewing frontend; and a new file operations tray notification system.

Other changes in Lumina 1.1 include:

You can find a full change-log for this (and previous) releases on the Lumina website.

New functionality and features for modifying the Lumina Config utility as well as ‘continued improvements to the existing infrastructure and utilities’ are planned for the next release, Lumina 1.2, release date as yet unknown.

[Try To] Install Lumina 1.1 on Ubuntu

The latest Lumina desktop release is available to install on Ubuntu 16.04 LTS via a PPA. Note that this PPA is not official and maintained independently of the Lumina project.

It also may not work. You get to keep both piece if it breaks anything.

Want to try? Open a new Terminal window and run:

This will pull a number of other dependencies. Log out and, from the Unity Greeter, select the Lumina desktop session and… maybe, just maybe, something will load up.

If it doesn’t (it didn’t for me) you’ll be plonked back at the Unity Greeter. Just select a different session (e.g., Unity) and log in. 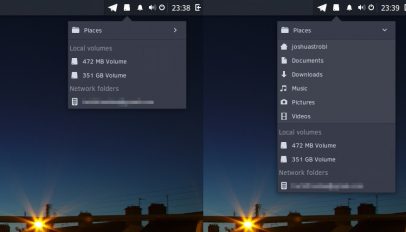 New Version of the Budgie Desktop Now Available
Read Next