Ubuntu OTA 13 will begin rolling out to Ubuntu phones and tablets this week.

The latest to the Ubuntu Touch operating system is available to all commercially released Ubuntu devices, including the M10 Ubuntu Tablet and the Meizu PRO 5 smartphone.

If you’re waiting for it do remember to have your Wi-Fi turned on as OTA updates are not automatically downloaded over a cellular connection.

While the Ubuntu phone platform remains some way off rivalling Android in a smartphone showdown, this latest crop of fixes do much to lay a foundation on which a battle might happen.

If you like to keep track of which apps have recently updated (and be able to quickly see what changes they bring) you’ll love the improved Updates panel that ships in Ubuntu OTA-13.

Accessible through System Settings, Updates now shows a history of your most recent app updates, and adds a toggle button that can show a changelog (if one is supplied).

Bq M10 Ubuntu Tablet owners can finally copy and paste between legacy apps (like the pre-installed Firefox, LibreOffice and GIMP apps) and the new-fangled mobile ones, such as the Ubuntu browser, Reminders notes app, and the Terminal.

I can tell when my Ubuntu Phone is alive and connected to the internet because my attention is continually punctured by coarse judder of notification vibrations and the accompanying toodle-pips that fill the air.

Thankfully, Ubuntu OTA-13 introduces some refined notification settings, letting you choose on a per-app basis which app alerts notify you with vibrate, sound, or notification bubble.

The old paged emoji keyboard was pretty hard to navigate, with more space given over to stepper buttons than actual emoji!

The new rejig resolves this, making it easer to sort through and find the appropriate pictographic representation for the moment.

We told you a few weeks back that Ubuntu Phone was finally adding support for iCal and CalDAV, and as of this release, it does! Hurrah!

That’s not the only calendaring improvement in tow. You can now sync multiple calendars via Google accounts, and (also new) through OwnCloud.

Thanks to Alan Pope, Popescu Sorin 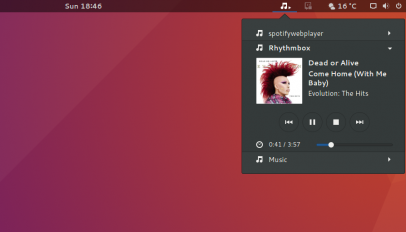