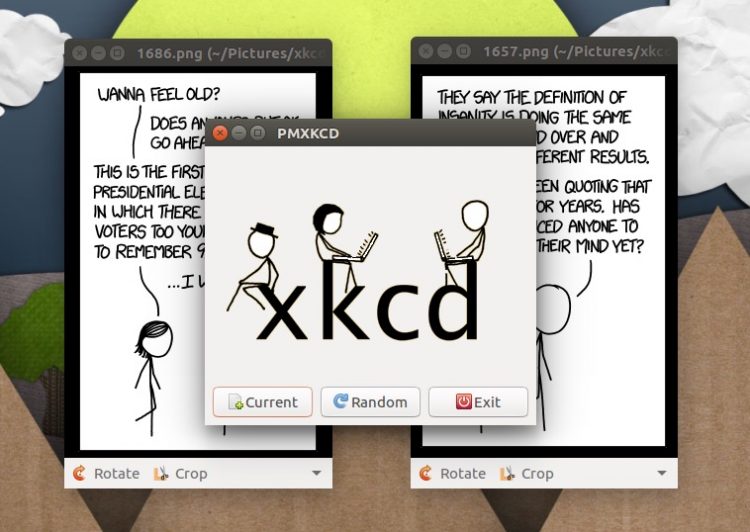 Are you a fan of xkcd, the popular webcomic created by American cartoonist Randall Munroe? If so, today’s small app tip is aimed at you.

Pmxkcd (which stands for Poor Man’s XKCD) is a desktop XKCD webcomic viewer and downloader for Linux.

Its developer, ‘Bhikhu’, told us more in a quick e-mail:

It also let user download/view random XKCD webcomic. It uses the official XKCD api. It should work on many (most?) current linux systems as YAD is the only required dependency.”

Although this is not the first desktop Linux app to be built for this particular online comic — and I appreciate not everyone will see the benefit of using this over a web-browser — pmxkcd does a fantastic job of doing what it aims to: keeping things simple.

Keeping things beautifully simple and free off excess features means the app is dead simple to use:

The app downloads comics to the ~/Pictures/xkcd folder.

Pmxkcd is free, open-source software and is distributed as source in a .zip folder. This can be downloaded from the Github project page:

The source .zip role also contains an install script. Extract the  downloaded archive and run this to install.

Pmxkcd depends on Yet Another Dialog (yad), which is available to install from the Ubuntu archives: 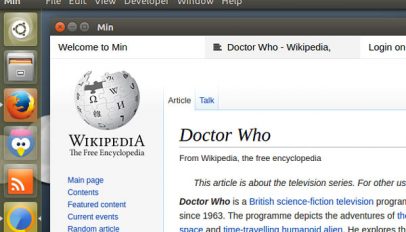 Min Is a Minimal, Open-Source Web Browser for Linux
Read Next