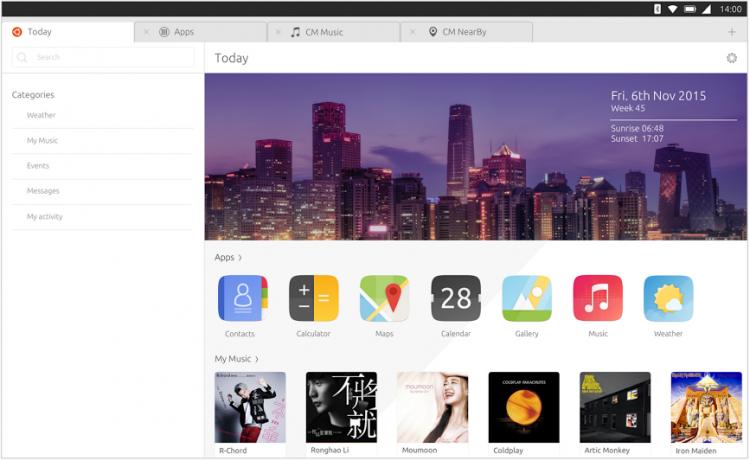 See that above? That’s a design proposal for Ubuntu Scopes, the data portals that serve as the homescreen on Ubuntu Phone and tablet.

Canonical’s David Callé has teased the images ahead of a ‘Scopes Design Evolution’ session being held at the Ubuntu Online Summit later today.

And if what we see is what’s planned, big changes are afoot.

A Scope Redesign Is Sorely Needed

The current look and feel of Scopes on the phone — disclaimer: I haven’t tried it on a tablet for some time— is far from perfect.

Ubuntu’s marketing may talk of freeing us from the confines of the app grid, allowing us glimpse snippets of info that would otherwise be squirrelled away in and scattered across separate apps, but the reality is far less glamorous.

Sure, you can check the weather, get a birds-eye view of the latest music releases, or check your FitBit stats straight from the home screen.

But switching between Scopes is not as fluid as the glossy promo videos show.

Yes, Scope put a ‘world of content at your fingertips’, but that world is cumbersome to navigate:

A (semi) hidden shortcut exists. Swipe up from the bottom of the screen (on Phones, at least) to open the Scope management tray. At the top you see a list of pinned/favourited scopes, and beneath it a list of all installed Scopes. Quick tap on any of these to jump straight to it.

You can, of course, rearrange Scopes to put the ones you use most often as nearer the ‘start’ of the stack.

But it’s far from being the fluid experience the glossy promo videos make out. Paging through Scope screens on my MX4 is often a painful experience, with lags, stutters and screen tearing common place. 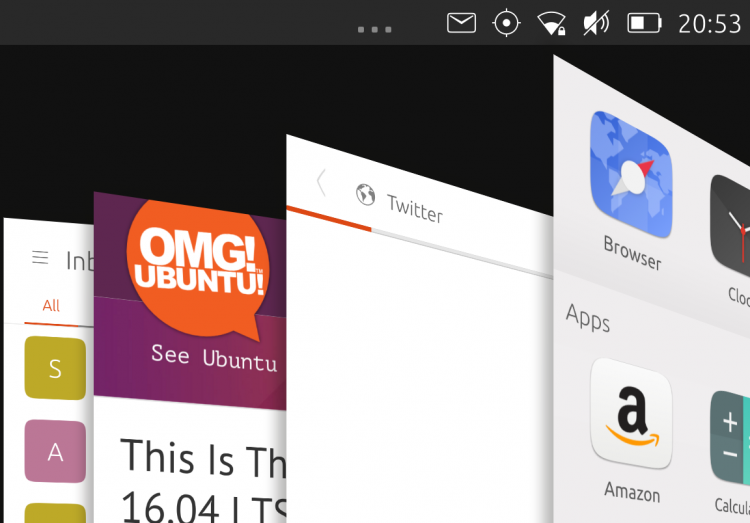 The idea of putting tweets, news headlines and weather on a mobile home screen is far from novel. Widgets on Android widgets lack the uniformity of Ubuntu Scopes but they do serve the same purpose: to show data from different sources on the desktop.

The main differentiator will be in how easy that data is to see. On Android it requires manually adding/arranging/resizing widgets. On Ubuntu it means installing and favouriting Scopes.

The current “page through 8 different screens to get to the one at the end” approach isn’t working. But if we take the mobile mock-up shared above at face value it looks as though a paged carousel (similar to the app switcher) can be used to cycle through Scopes by dragging up from the bottom.

The tablet UI resembles a tabbed web-browser — a metaphor that really makes sense for Scopes.

Before he left Canonical to go save the world, Cristian Parrino told me that the Scopes we see on the phone today are far from what’s planned for them. The surface of what the Canonical Design Team want to do has’ barely been scratched’, with rich new features and a bold new design in the works.

Could this redesign be what Parrino was hinting at?

You and I will learn more about any (potential) redesign later today during the ‘scopes design evolution’ session. If you don’t have a full hour to spare to listen in on the proceedings never fear: we’ll be writing up a report summarising all the news from it later today.

Do you think Scopes need a redesign? What features/functionality do you find lacking in the current versions?

lsatenstein Check OpenSuse with Android support. Its been there for a…
Ubuntu 21.10: Release Date & Planned Features