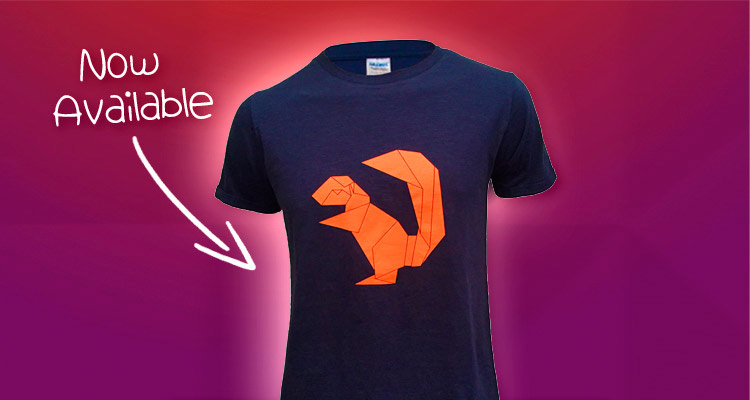 Each new release of Ubuntu is accompanied by a new animal mascot, for 16.04 a ‘Xerus’ squirrel.

Also arriving with each new release of Ubuntu is an official Ubuntu t-shirt bearing the mascot image. That t-shirt is now available to buy from the Canonical shop.

The blue shirt comes emblazoned with the official Ubuntu 16.04 mascot design. Just add a cape and a cowl and you too can be Super Squirrel!

Canonical has sold mascot t-shirts for every version of Ubuntu since 2008, excepting Jaunty (we don’t know why).

Despite the cuddly nature of this releases’ mascot the actual origami design is sharp and angular — not the cuddly squirrel you may have been hoping for!

The orange origami motif is overlaid on a deep blue 100% cotton tee.

The reverse of the shirt carries the Ubuntu logotype and release version.

Official Ubuntu t-shirts can be purchased on Canonical’s online shop.

Shirts are available in mens’ sizes small to xx-large though, at the time of writing, all are listed but shown as ‘out of stock’.

As with the past couple releases Canonical is not stocking a ladies’ fit.

Each t-shirt is priced from £11 in the UK, $17.45 in the US and €13.42 in Europe. This price excludes postage, shipping or packaging costs (which are not cheap on the Canonical store).

Tippity-tap the button below to go and take a closer look at your (possible) next favourite t-shirt, as well as learn how exorbitant the shipping costs are! ;)

A number of older release t-shirts are still in stock, many at discounted prices. Check the Sale section to grab a shirt of your personal fave or to plug a gap in your collection. 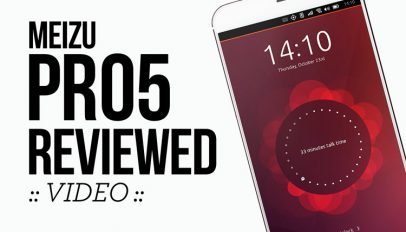 Meizu PRO 5 Ubuntu Edition Gets A Video Review
Read Next