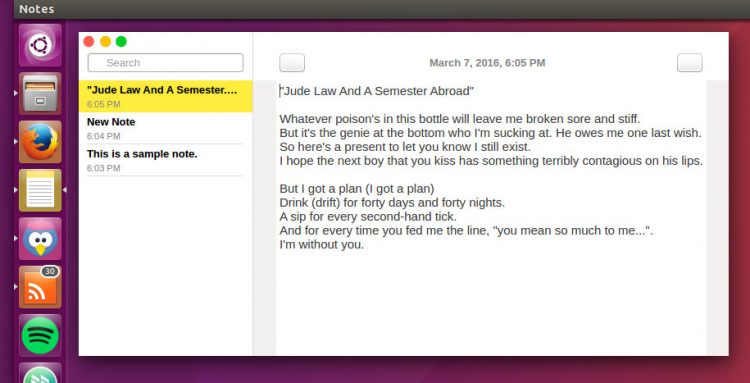 Note taking apps for Linux are not hard to find.

But if you can’t find the lean, clean and easy to use note taking app of you dreams amongst them do take a look at Notes.

“Notes is designed for whatever’s on your mind. Jot down your thoughts.”

Notes is a new open-source and cross-platform note taking app that has a simple, straight-forward appearance.

UI inspiration (obviously) comes from the Mac OS X Notes app, with the layout, button arrangement and faux-paper background all clearly borrowed from Cupertino’s client — heck, even the app icons are pretty similar!

But don’t let the Mac-ness of this app put you off trying it. Behind the unsightly traffic light window controls is an app that is actually pretty robust and very easy to use.

Notes Versus Other Apps

First things first: Notes is not an Evernote alternative. It’s more of a jot-pad; a simple way to get ideas down without being compelled to categorise, tag and arrange them in to folders first.

FromScratch, an app that we covered recently, also excels as a jot pad but only lets you focus on one note at a time. Notes takes things to the next level, letting you store, read, edit and search multiple saved notes.

A powerful search feature lets you sift through the contents of saved notes ‘instantaneously’ and a range of keyboard shortcuts are available:

Against rival apps like GNOME Notes (aka Bijiben), Tomboy and Springseed, Notes holds up okay in its raw note taking but it does lacks some of its rivals more advanced features.

Notes falls short on its design (the Mac-esque window looks out of place on Linux and Windows) and on its super-basic text editing (it lacks support for bold, italic, bullet lists, etc).

The app also lacks sync support of any kind. Notes are stored locally rather than on a remote server (which is a plus for many) and you could always use Dropbox to back-up the local folder cache, but some kind of sync support would be easier to use through the app.

To install Notes on Ubuntu 14.04 LTS and later simply downloaded the pre-compiled .deb package from the official website (where you’ll also find RPM, source and binary packages for Windows and Mac OS X). 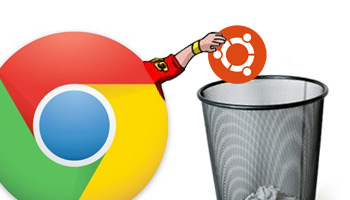