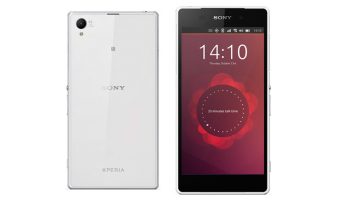 Remember we told you that Canonical plans to make community builds of Ubuntu running on Sony and OnePlus handset a tentpole of its MWC 2016 hub?

Well, today the open source software company has, albeit quietly, made those plans official.

Canonical say it will showcase community Ubuntu Phone ports for the Sony Xperia Z1 and OnePlus One handsets at its booth at Mobile World Congress 2016.

Community ports for the Nexus 5 and Fairphone 2 are also in the works.

The Z1 port is listed as being at a “very early stage” and not all core phone features (e.g, making calls) work. Instructions on how to install Ubuntu on the Sony Z1 can be found on the Ubuntu wiki:

Canonical say some of the community ports devices will be demoed with convergence, that is running a full Ubuntu desktop PC experience from the phone.

“Many developers have been asking when we’d see the first phone offering a full Ubuntu experience: a phone when you’re on the move, a PC when you need the full Ubuntu desktop power… Some couldn’t wait and ported Ubuntu to new devices to enjoy Ubuntu and the converged experience,” Canonical’s Thibaut Rouffineau explains.

With the most latest commercial Ubuntu phone, the Meizu Pro 5, not currently able to function as a converged device, interest in the Z1 and OnePlus is likely to be suitably enhanced:

Both the Sony and OnePlus ports have been helped (in various ways) by their respective OEMs.

Canonical cite Sony’s open source efforts as being “essential” to the Xperia Z1 community port, while OnePlus’ commitment to open source is spotlighted for having “helped tremendously”.

Canonical say it will collaborate with OnePlus and the Sony Open Devices community to help ensure neither ports suffers the fate met by early Ubuntu Phone ports.