Is that the sound of flaming torches I hear being extinguished?

The File manager plays such intrinsic role in the desktop. It’s almost like the glue that binds workflows together.

To rejig something so familiar to people as ‘how many icons I see when looking for files’ was always going to cause friction and sire a jarring, uncanny valley feeling in some users.

The contention generated by the ‘large icons issue’ in GNOME 3.16 and GNOME 3.18 was, in many ways, fair. To set the default icon view at 96px in GNOME 3.16 is perhaps too much too soon.

Ubuntu 16.04 LTS will now ship with a much older version of Nautilus because, in part, the lack of zoom level options was causing problems (particularly on the desktop, which Nautilus draws).

With the upcoming release of GNOME 3.20, the wound will be blamed. A set of four zoom level choices will be offered.

Explaining more in a blog post is GNOME developer Carlos Soriano. He writes:

“We added a new zoom level to nautilus, now you will have available 48px, 64px, 96px and 128px. This was hard to do because of how the canvas of nautilus behaves, which multiplies the padding according to the zoom level. So we cannot control the padding, making the view unusable on zoom levels farther than the range 64px – 128px.”

This solution builds on his earlier findings from user testing which revealed that the icons are considered ‘too big’ because thumbnails for anything that isn’t a picture ‘feels out of place’. Other issues with padding, the number of icons on screen and file-name truncating were also identified.

One interesting anecdote from testing the changes, Soriano says he was ‘surprised ‘to find that: “…a lot of people are attached to the 96px zoom level that was made default for [GNOME] 3.16.”

He’s obviously never been near /r/linux!

GNOME 3.20 (which will include this new version of Nautilus) is due for release on March 23.

Have you tried GNOME 3.16? Did you find the zoom level rejig disconcerting? 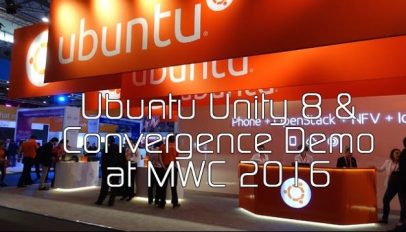