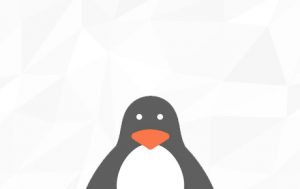 Please reactivate your Everything’s OK alarms. After a short hiatus we’re back with some news from the past month.

The next major release of the Linux kernel has reached its second release candidate as of a couple of days ago. 4.4 will be a “longterm” release with an end of life scheduled for February 2018. Some of the highlights of the kernel release due early next year include:

You can read through a much more thorough list of user and developer-facing changes on LWN.

The latest Ubuntu Online Summit kicked off way back on November 3. Sessions were held on everything from the LXD container hypervisor to a look at writing scopes in JavaScript. Have a gander at the full list of sessions to find any recorded streams that pique your interest.

The upcoming 16.04 LTS release is set to drop Python 2 from default images and installs. The goal was originally set for the current 14.04 LTS release, but all signs point to good progress on removing or porting the remaining packages.

You can look through the UOS notes from the related session to track everyone’s progress (and help out!). If you’re using one of our favourite distros, Lubuntu, there’s a meta bug tracking their progress too.

And, of course, none of this means Python 2 is disappearing from the repos. Popular projects still struggling to update won’t need PPAs or manually compiled packages, but it’s worth keeping in mind if you need Python 2.7 after a fresh install of 16.04.

Speaking of dropping packages, the Ubuntu desktop team is looking to drop Brasero and Empathy from default 16.04 installs and images as well – citing the shift towards USB drives for the former, the dwindling number of available chat services for the latter, and the lack of maintenance in both projects. Gnome Calendar was also slated to appear as a new default, but this now looks to be on hold.

An update to the Ubuntu SDK tools has been released for all Ubuntu versions from 14.04 LTS. The update introduces new packages that make it possible to work with “the most recent UITK and Qt used on the phone images” even when your current release’s packages lag behind the phone’s, as is already the case with 14.04 LTS. The caveat is that the SDK team had to include their own Qt package in a PPA. To get the update, follow the instructions over on the Ubuntu developer blog.

Get the New Ubuntu SDK Tools

For those of you in the states, have a great Thanksgiving and an extra slice of pumpkin pie for us!

conualfy Unity was buggy in the beginning, but after a while…
Download Now: First Ubuntu 22.04 Daily Builds Go Live