Installing the latest upstream NVIDIA graphics driver on Ubuntu could be about to get much easier.

Ubuntu developers are considering the creation of a brand new ‘official’ PPA to distribute the latest closed-source NVIDIA binary drivers to desktop users.

The move would benefit Ubuntu gamers without risking the stability of the OS for everyone else.

New upstream drivers would be installed and updated from this new PPA only when a user explicitly opts-in to it. Everyone else would continue to receive and use the more recent stable NVIDIA Linux driver snapshot included in the Ubuntu archive.

Why Is This Needed?

The closed-source NVIDIA graphics drivers that are available to install on Ubuntu from the archive (using the command line, synaptic or through the additional drivers tool) work fine for most and can handle the composited Unity desktop shell with ease.

If you want to squeeze every last frame and HD texture out of the latest big-name Steam game you’ll need the latest binary drivers blob.

‘Installing the very latest Nvidia Linux driver on Ubuntu is not easy and not always safe.’

The more recent the driver the more likely it is to support the latest features and technologies, or come pre-packed with game-specific tweaks and bug fixes too.

The problem is that installing the very latest Nvidia Linux driver on Ubuntu is not easy and not always safe.

To fill the void many third-party PPAs maintained by enthusiasts have emerged. Since many of these PPAs also distribute other experimental or bleeding-edge software their use is not without risk. Adding a bleeding edge PPA is often the fastest way to entirely hose a system!

A solution that lets Ubuntu users install the latest propriety graphics drivers as offered in third-party PPAs is needed but with the safety catch of being able to roll-back to the stable archive version if needed.

‘Demand for fresh drivers is hard to ignore’

‘A solution that lets Ubuntu users get the latest hardware drivers safely is coming.’

‘The demand for fresh drivers in a fast developing market is becoming hard to ignore, users are going to want the latest upstream has to offer,’ Castro explains in an e-mail to the Ubuntu Desktop mailing list.

‘[NVIDIA] can deliver a kickass experience with almost no effort from the user [in Windows 10]. Until we can convince NVIDIA to do the same with Ubuntu we’re going to have to pick up the slack.’

Castro’s proposition of a “blessed” NVIDIA PPA is the easiest way to do this.

Gamers would be able to opt-in to receive new drivers from the PPA straight from Ubuntu’s default proprietary hardware drivers tool — no need for them to copy and paste terminal commands from websites or wiki pages.

The drivers within this PPA would be packaged and maintained by a select band of community members and receive benefits from being a semi-official option, namely automated testing.

As Castro himself puts it: ‘People want the latest bling, and no matter what they’re going to do it. We might as well put a framework around it so people can get what they want without breaking their computer.’

Would you make use of this PPA? How would you rate the performance of the default Nvidia drivers on Ubuntu? Share your thoughts in the comments, folks! 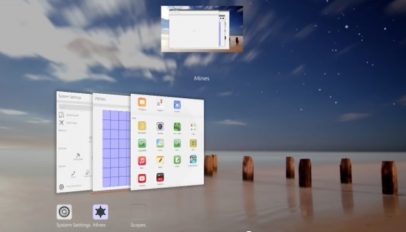