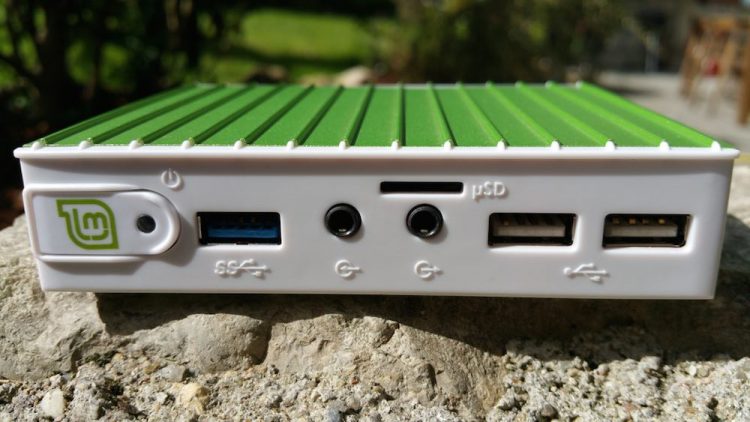 The Linux Mint powered Mintbox Mini PC has been given the preview treatment – and is easily dwarfed by a regular tennis ball!

“…It’s even tinier than I realized.”

Linux Mint lead Clement Lefebvre, in a preview post to the Linux Mint blog, was impressed by the size of the Mintbox Mini.

“The Mini is minuscule,” he writes. “I knew it was small, I knew it was pocketable (and it does indeed easily fit in my jean’s pocket, although with the cable, mouse and all you’ll probably use a bag anyway) but it’s even tinier than I realized.”

How tiny? This comparison photo puts the passively-cooled PC into perspective:

The Mintbox Mini is the third member in the Mintbox series and is once again produced by Israeli hardware company CompuLab.

Like  previous editions the new MintBox Mini is fanless. The external metal casing acts as a passive cooler. While it’s cool to the touch when powered off it may get a little toasty when in use.

The MintBox Mini is expected to go on general sale in the coming weeks priced from $295. For this buyers will get a tiny computer pre-loaded with Linux Mint and running on some capable hardware:

The RAM is socketed and can be upgraded to a maximum of 8GB. An mSATA port also allows for compatible hard-drive upgrades.

Wi-Fi is not “built-in” with the MintBox Mini model, though a wireless dongle is supplied. There is no Bluetooth. Other adaptors bundled including com > serial and HDMI > DVI.

For more pictures head over to the Mintbox Mini preview post. 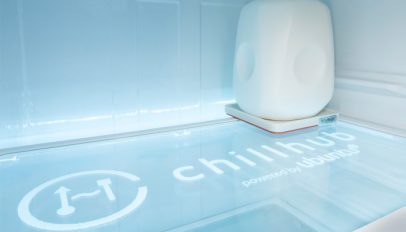 Meet ChillHub, The Smart Fridge That Runs Ubuntu
Read Next