Launched last week to help bring the Finnish firm’s first Sailfish OS tablet to the market, the IndieGoGo crowdfunder smashed through its original target in barely 2 hours of going live.

But with 12 days left until the deadline hits, the Finnish company isn’t sitting still.

Having now raised a cool $1.3 million — almost $1 million more than its original goal of  $385,000 —  Jolla is hoping to maintain the momentum with a set of three new “stretch” goals.

Stretch goals are additional milestones that help deliver extra functionality or bumps in hardware. The more pledged, the more offered. They’re not a requirement to success, though. Having already met its $385k goal the Jolla tablet will be made.

Already pretty much there, reaching $1.5m in pledges will see Jolla work to add support for microSD cards of up to 128 GB in size. Jolla Tablet already supports cards up to 32GB in size, but if it can wangle support for larger capacities it means more media, more apps, and more selfies for everyone.

The third (and so far final) stretch goal will add a cellular option to backers (at first in Europe, where Jolla is based and already familiar with the cellular approval process).

The Jolla tablet is already looking like the best alternative to Android and iOS so far (sorry Microsoft), and while some bemoan its Android compatibility layer, it’s not something you have to make use of; there is a growing set of native Sailfish apps, and the more people who pick one up, the more that’ll grow.

And it’s this success that makes it so relevant to Ubuntu. Building on a firm foundation of open-source software and toolkits, Jolla is an active upstreaming contributor to software that Ubuntu (and other Linux distributions) use. Jolla’s success is all of our success.

To contribute you’ll need to move fast as there are only a few remaining ‘tablet for $209’ perk slots available:

PSA: Not All Crowdfunders Are Created Equal

Jolla is a company with years of experience in delivering hardware, but backing others is more of a gamble.

As with all crowdfunding campaigns, I cannot stress hard enough that you pay attention to what you’re throwing money at and what you’re getting in return.

In Jolla’s case, your “investment” (because that is, essentially, what it is) is sound. This is a company that has delivered phones to market across Europe at spec, and in quantity and at high quality. It’s staffed by top engineers, developers and business people who’ve had years of experience (many with Nokia). It knows how to negotiate with manufacturers and can anticipate lead times and build in contingencies.

But the goodwill and optimism of backers, especially in open source, can all too easily be exploited.

Making hardware to spec isn’t like cooking; you don’t just walk into the nearest RadioShack and pick parts off a shelf. If a high-end, super powerful Ubuntu tablet could be built for, let’s say, $40,000, then it would’ve been. Heck, you’d be reading this on an Ohso-branded tablet (complete with cat-paw touch ID and ‘FOSS, YEEEAH’ boot-time chime).

Remember the KDE Spark/Vivaldi/Improv tablet? It showed our community first hand just how hard and how hugely expensive it is to create hardware without expertise or connections — and how easy it is to fail.

The Improv was run by a long-known, well-established face. Other “campaigns” aren’t. Fancy 3D renders, a pre-fab video and a shopping list of parts are easy to put together. But if there’s no working prototype to show, no evidence that the “initiator” of the crowdfunder has invested their own money into the project, make sure you investigate further.

If someone is promising standout specs on custom hardware at a knockdown price you need ask questions before shouting “Money!” at the screen.

All warnings apply double to projects running on so-called “flexible fundraising”. I hate these. They show a lack of faith, a lack of commitment, and a disregard for your money. Why? Because whether the project fails by 50% or .1%, they get to keep your money and you don’t get anything to show for it nor any right to recompense.

This PSA — which, again, is not aimed at Jolla — is not intended to be dismissive of well-intentioned, well-meaning projects started naively. I just want to stop people throwing money at things that end up stifling innovation in open source.

Think about it: umpteen half-assed, failed hardware campaigns for open-source projects, be it an Ubuntu tablet or an elementary walkman, that run off with people’s money without needing to deliver a product — it hinders the chance of real, legitimate companies with acumen to deliver from doing so.

Rather than give away $300 of your hard-won money on a project that screams ‘hello, I’m dubious!’ , try charity — at least you’ll get a warm fuzzy feeling in return. 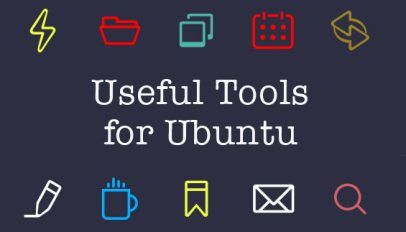 11 Useful Utilities To Supercharge Your Ubuntu Experience
Read Next