The first public beta of elementary OS Freya is now available to download — not that the team behind the Ubuntu-based Linux distro think you should try it.

In announcing the availability of beta images, project lead Daniel Foré cautions against end users taking it for a spin, stating that they “…strongly recommend against using this beta in a production environment.”

I know a good number of you reading this are itching to try this release out, and i’m also fairly certain that most of you reading this know that a beta isn’t a ‘final’ release, and as such shouldn’t be handled without oven gloves firmly on. But the elementary team have asked the press to ‘make this clear’.

The point of any beta release is to solicit user feedback based on a wider pool of testing. For elementary Freya this will be doubly important. Despite being based on the rock-solid underpinnings of Ubuntu 14.04 LTS it is shedding stability in favour of newer technologies, such as GTK+ 3.12 and an updated version of Vala.

Also making its debut is Pantheon Online Accounts, a more flexible remodelling of GNOME Online Accounts (not to be confused with  Ubuntu Online Accounts). So far, the Pantheon implementation supports Twitter and Facebook  and a few other popular social services. All it needs now are some applications to hook into it. Hopefully by the time a stable release rolls around there’ll be a — you knew this was coming — status update worth tweeting about.

Other changes including Client Side Decorations, theme and icon improvements, Pantheon Greeter now adheres to LightDM configuration, various Granite classes have been succeeded by GTK, and adjustments to interface animations have been made so as to dial down the ‘abruptness’ and turn up the fluidity.

If you do take it for a spin (in a virtual machine or live USB, naturally) don’t forget to let us know your thoughts, either in the space down below or in our Google+ community.

Are you a developer looking to make some money? Around $5,000 worth of bug bounties on elementary and associated projects is just waiting to be claimed… 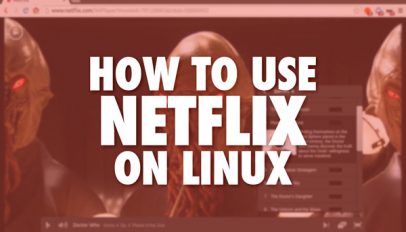 How To Watch Netflix on Ubuntu The Easy Way
Read Next