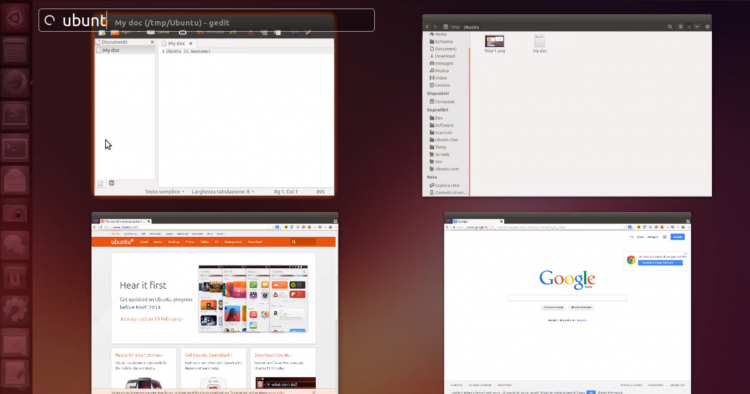 The sole beta build of Ubuntu 14.04 LTS has been made available to download, and comes packed with a whole heap of improvements to the Unity desktop.

Arriving ahead of its April 17 street date, the beta gives users an advance peek of what’s on the way, and developers some much needed last-minute feedback.

Pays To Have Trust in the Trusty Tahr

‘The last few releases of Ubuntu may have been boring — but this one is anything but.’

The last few releases of Ubuntu have been, to put it bluntly, boring. Sure, each has seen iterative improvements upon the last, and the usual glut of ‘under the hood fixes’ and app updates have made them worthy updates (though far from compelling). But when it comes to features there have been few to get fanatical about.

And with Ubuntu 14.04 being a Long Term Support release — which are hardly known for shaking things up — you may be expecting more of the same.

But you’d be wrong.

Most of you reading this will be well versed in Canonical’s mobile ambitions. Forwarding this goal has come at the expense of working on the desktop. With Canonical’s engineering and design teams commandeered for mobile, the desktop releases have felt a bit neglected.

To be clear: all of that work will eventually benefit the desktop. The long-term goal of a convergent Shangri-La won’t be reached quicker by expending energy on a desktop headed for the digital dustbin.

And so the “Trusty Tahr”, to give it its friendly codename, may look a lot like last October’s release of 13.10, and the 13.04 release before that. But it behaves like an entirely different beast altogether.

You can find out more for yourself by downloading a copy of the beta using the link below. Bear in mind it’s not officially stable (but unofficially it’s pretty much rock solid) so take it for a test drive before installing. Read on while you wait to find out more of what’s in store.

For the first time since the introduction of Unity on the desktop Ubuntu is offering users a choice of where application menus appear.

By default menus continue to show in the top panel. But if you’d rather they were closer to the app they belong to you now only need to tick the Local Menus option located in System Settings > Appearance > Behaviour.

Don’t worry about them getting in the way of moving windows either — they’re really rather clever.

If I asked you to list longstanding issues with Unity chances are this one would make the list. Many users have disliked the window management in Unity, specifically the inability to minimise a running application by clicking on its icon in the launcher.

For 14.04 Canonical has, begrudgingly, relented to the defeating request for it by implementing it as an ‘unsupported’ extra that’s hidden from view.

To turn it on you’ll first need to grab the CCSM app through the Software Centre. Once installed,  navigate to the Unity section inside, hit the ‘Launcher’ tab and check the box next to minimise on click.

Like the look of the Unity Greeter? Well, good news for you: the same look has been applied to the lock screen in this release.

While that sounds like a trivial change, the road to implementing it has been anything but, with an entirely new stack of code having to be written to handle it. The good news is that, perhaps more than any other change in this update, this is the one that has the wow factor.

In fact, the slick fade-in animation when toggling the lock is so damn smooth you’ll be hitting Super+L to see it in play again and again.

Those running the Tahr on a fancy-pants HiDPI screen (such as a Retina Macbook) will notice a crisper looking desktop. While the tailoring isn’t quite as extensive as that rocking up in GNOME 3.12, much work has been done to make it more usable.

Unity’s launcher, Dash, Window Controls and theme now all scale proportionally, as do select icons and text. While the result is a sharper desktop UI, many third-party applications interrupt it with instances of fuzzy icons and interface distortion.

This article only runs down a few of the changes you’ll find. Also keep an eye out for antialiased corners and borderless windows; a warning prompt for guest sessions; and a brand new Unity Control Centre.

There are also new selection of 12 new wallpapers on offer, including a brand-spankin’ new default background.

The most current stable builds of Firefox, Thunderbird and LibreOffice are included by default.

A number of the default GNOME applications – Rhythmbox, Gedit and the Terminal included – have been ‘patched’ to restore full application menus. Nautilus also receives a few additional changes, including the return of ‘type ahead’ searching.

To Upgrade or Not?

Canonical’s commitment to daily quality means that, despite the beta tag, today’s release is pretty rock solid. In fact, it’s as stable as things are ever going to be — a fantastic feat.

But the question of whether it’s worth upgrading to is something many of you will be asking. As an LTS, Canonical will be issuing security updates and select app updates (Firefox, Thunderbird and Chromium) for Trusty Tahr the next five years. Not that you have to use it for that long; it’ll be possible to do an in-place upgrade to Ubuntu 14.10 upon its release later this year should you want to, though that release will only be supported for nine months.

While I wouldn’t expect anyone to want to upgrade to a beta, this release gives you a chance to evaluate your options. Those of you on Ubuntu 13.10 will want to make the jump. Why? The changes to Unity alone are enough to seal the deal, while the added bonus of extended support means you won’t be faced with upgrade dilemmas in 9 months’ time.

Ultimately, though, the headline feature of Ubuntu 14.04 LTS is rather intangible; it’s the polish and finesse finally given to the user experience, drawing it all together in a way few would’ve thought likely a few years back, that makes this release stand out.

And as it’s also potentially one of the final outings of Unity 7 on the desktop it’s rather apt that the progress made finally validates the project; it feels like a finished product.

Ubuntu remains the most popular Linux distribution available and if this latest beta is anything to go by, it’s clear to see why. 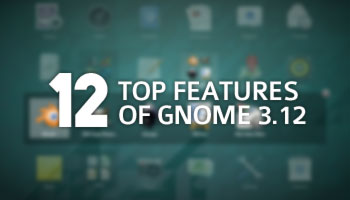