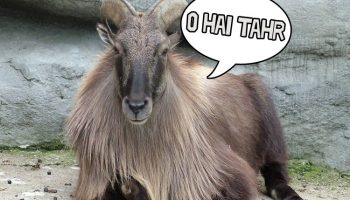 Ubuntu’s extended family have made their first beta releases of the 14.04 development cycle available for download.

Lubuntu, Xubuntu, Kubuntu and Ubuntu GNOME are among the spins participating in this release. Regular Ubuntu is set to take part in the second beta, due March 27.

Kubuntu 14.04 Beta 1 sees the KDE Applications suite bumped to the latest bug fix release, version 4.12.2; a new alpha build of the Muon Software Centre is also available to toy with; and a new Driver Manager makes installing support for graphics cards and WiFi cards much easier.

Other changes include an improved Plasma Network Manager, new touchpad configuration tools, and getting Android notifications on your desktop using the KDE Connect app is easier thanks to its addition to the software centre.

Ubuntu GNOME 14.04 Beta 1 users can now install a range of additional apps from the Software Centre, including Weather, Maps and Photos apps. A GNOME Classic session is also included by default, and can be selected from the GNOME login screen.

Xubuntu 14.04 Beta 1 adds the winning photos from its recent wallpaper contest and now uses Light Locker, a LightDM-based lock-screen, in place of ‘xscreensaver’. Whisker Menu is now used as the default menu for accessing applications, and Xfdesktop now supports using different wallpapers on each available workspace.

The latest versions of several default apps, including gmusicbrowser, Parole video player and the Catfish search tool are also included.

Lubuntu 14.04 Beta 1 features minor updates to its software stack and application line up, including a more featured file manager. There are also various miscellaneous updates to the default theme, wallpaper and icon set used.