It’s been a long time coming (understatement – the world) but work on revamping the visual identity of the Ubuntu desktop is now well underway – and we’ve got some screenshots to prove it!

In a session held at the Virtual Ubuntu Developer Summit (vUDS) on Thursday, 21st November, Matthieu James – who long time readers will recall was hired by Canonical specifically to revamp the icon set – presented findings, concepts and plans for the new look of Ubuntu’s touch and desktop faces.

Ubuntu’s last major overhaul of visual assets occurred during the 10.04 LTS cycle, though a handful of new icons have appeared in the last few releases of the desktop OS.

The overarching aim of the designs is to add coherence, personality and ownership to icon designs. Research conducted by Canonical showed that users tend to view certain applications as ‘theirs’, and others as ‘part of the system’. Splintered into degrees, the findings based on this ‘proximity’ logic has informed the approach to design., System tiles and memes use more austere, less-colorful and monochromatic iconography, while media apps, browsers and folders sport more colourful, personable designs.

Tailoring an icon-set across mobile and desktop will throw up issues, but with Canonical’s mobile face, Unity 8, set to power the desktop UI the discrepancies are diminishing. One icon set to rule them all!

So when can you expect to see the new designs?

Matthieu James says that the goal is to ‘finalise the new icon theme for 14.04’ on mobile. But, even better, should ‘several issues’ be surmounted, the set may also be made available on the desktop of Unity 7.

In the meantime, you can see the full session in the video below.

Canonical have since posted a summary of the session with much clearer images of some of the new designs, which you can see below. 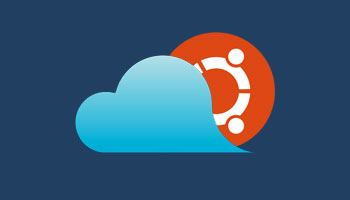 Jolicloud Desktop, OS To Be Discontinued In December
Read Next