The Half-Life 2 series’ debut for Linux through Steam comes just after Valve’s release of Portal for Linux last week.

Though originally released for the PC back in 2004, Half-Life 2 has lived on with additional “episodes” and a growing collection of mods to tide over the series’ fans whilst Valve take their time on the next title in the series.

Valve head Gabe Newell confirmed the company’s work on the second iteration of the Source engine – the engine currently powering Steam titles for Linux like Team Fortress 2, Portal, and the Half-Life 2 series.

Whether Valve debut their new engine with another Half-Life title or something completely different, their continued investment in Linux bodes well for a new Valve release coming much sooner to our platform than the nine-year lag for the original HL2 or the six years for Portal, TF2, and HL2: Episode Two.

Steam is available from both the Steam website and the Ubuntu Software Center.

Steam on the Ubuntu Software Center 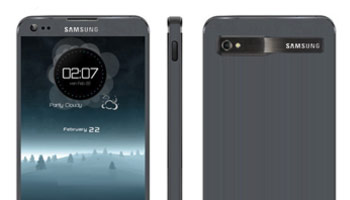 The Samsung U1000 Ubuntu Phone Isn’t Real
Read Next