It’s so-called “Black Friday” today, an annual US event in which adults gather en-mass at retail stores to fight each other for discounted electric whisks, George Foreman grills, and plasma TVs.

Not wanting to be left out of proceedings many online retailers have also begun to join in, offering up limited amounts of stock at varying degrees of “bargaininity” (it’s now a word, don’t judge).

Thanks to the globalised nature of online commerce has seen ‘Black Friday’ seep out of the States and into other countries. Amazon, for example, hold ‘Black Friday’ lightening deals across all of their territories. Which is great if you like bargains, less great if you’re not a fan of your inbox being spammed by “deal e-mails”.

But as this is an Ubuntu blog we’re not here to highlight the pitiful reduction in hair-tongs, feet massagers and rack roasters. No, we’re here to pimp the the Ubuntu bargains.

And whilst they are few and far between (boo!) there are some to be had (yay!)…

Everyone’s favourite Ubuntu hardware re-sellers have a range of offers available during the festive period. They’re not technically ‘Black Friday’ deals (they’re available until Xmas) but they are worth being aware of.

For power users the powerful Bonobo Extreme laptop can be bagged for $1499, some $100 less than its usual retail price.

Dell Vostro 2420 with Ubuntu (Canada Only)

Canadians in need of a new laptop can nab the following canny deal, saving some $210.00 off the price of a new Dell laptop!

Tallying up at a mere  $299 you can get an Ubuntu -powered Dell Vostro 2420 comprising:

There are caveats. You a) need to be Canadian b) you’ll need to use the link below

*Update: Coupon has now been used up!

As it’s a black friday deal if could/will end at some point – so be quick!

30% Off ‘Ubuntu Made Easy’ for OMG! Ubuntu! Readers 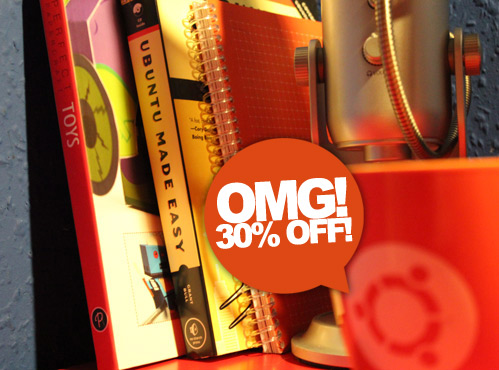 This deal is exclusive to OMG! Ubuntu! readers because you are all, quite frankly, awesome.

You can get 30% off of Ubuntu Made Easy – which we dubbed ‘The Best Introduction of Ubuntu. Ever.‘ in our recent review – if ordering via the publisher No Starch Press.

Just enter the discount code ‘OMGUBUNTU’ when checking out and you’ll get it for 30% less than you would normally.

The coupon applies to both the digital and physical copies of the book. But since print copies come with free epub, mobi, and PDF versions, it’s worth getting the physical version (even if it’s to give away).

‘Ubuntu Made Easy’ @ No Starch Press

These are all I’ve found so far, but if you know of any more send them over via our contact form (link at the top of the page) and I’ll add them to list.