See the bar of innovation? Ubuntu has just raised it again with the unveiling of new ‘web apps’ feature to debut in Ubuntu 12.10.

The feature allows webapps, sites and services to integrate directly into the Ubuntu desktop to take advantage of Ubuntu technology such as the app menu, the HUD,  the Messaging Menu, Sound Menu, Quicklists, etc 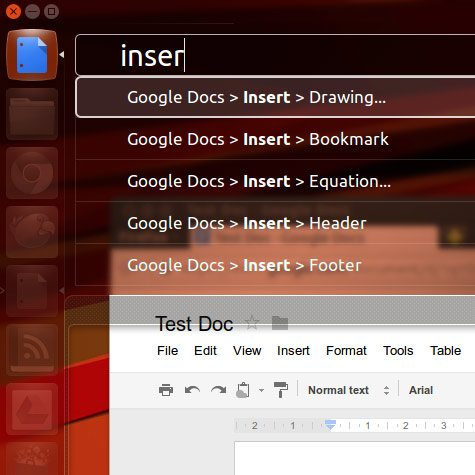 You can use Alt+Tab to switch between integrated sites just as though they were normal apps, and you can use the HUD to access common actions on certain websites/services – such as ‘compose new message’ in GMail.

And for added speed you can even pin your favourites to the Launcher.

And the best part? It’s all optional.

Visiting, for example GMail, will display a pop-down asking you if you want to integrate it into the desktop.

Click Yes and you get new new mail notifications via notify-OSD and the Messaging Menu, as well as access to common GMail features via the HUD and App Menu. Initially the Web Apps feature will support both Firefox and Chromium. Though with the code being readily available there is nothing to stop developers adding support for Unity Web Apps to other browsers like Epiphany or Midori.

But have recent App Showdown entries like Fogger and Gwoffice stolen Ubuntu’s thunder in this area?

I woudn’t say so.

Just as there are various options when it comes to mail clients, web browsers and music players, there can be a selection of choices of web-app integration with the desktop. It’s all beneficial to the user.

But where Ubuntu’s implementation differs is in its breadth.

The idea solution would be to see those who have created apps of a similar nature help to hone Ubuntu’s implementation.

Bruno Hey, what about those conky's applets? Can u share them?
Add Playback Controls to the Spotify Dock Icon in Ubuntu