Today marks the transition of Ubuntu 12.04 from Alpha Testing into the first phase of Beta Testing as Ubuntu 12.04 Beta 1 is released. Nicholas Skaggs has a number of items you can help out with by simply doing a bit of testing. We still have eight weeks until release, so let’s take a closer look at what the next weeks will bring:

This means there is still time to get fixes into Ubuntu, but don’t wait for too long! :-)

Letting developers speak for themselves

Daniel Holbach talks about the unique experience of learning to contribute to development and how you can get involved and give feedback.

Alexander Sack and Kiko Reis were interviewed about what’s going on at Linaro.

Robert Ancell announces the addition of the 101st test case for LightDM. Let’s how long until they hit 200 test-cases.

Ubuntu Global Jam
This weekend (2nd-4th March), teams around the world get together locally to make Ubuntu better together. Translations, testing, documentation, bug work, packaging, development, web development, all kinds of things are being worked on, with two goals: to have fun and to improve Ubuntu even further. There are participating events in: Egypt, Tunisia, Bangladesh, Hong Kong, India, Malaysia, Myanmar, Australia, Czech Republic, Greece, Ireland, Italy, Slovenia, Spain, Canada, Mexico, USA, Brazil and Trinidad and Tobago. Awesome and just as diverse as the whole Ubuntu Community is.

Fix-It Friday
Coinciding with Ubuntu Global Jam, the Ubuntu developers have a really nice treat for you on Friday, 2nd March. They’ll make themselves available to answer all your questions on #ubuntu-motu on irc.freenode.net, help you get involved, review your code and upload your changes to Ubuntu. As we are eight weeks away from release, this is just the perfect time to go and fix a few bugs. All you need to do is, check out these articles: Introduction to Ubuntu development, Getting Set Up and Fixing a bug in Ubuntu, and turn up in #ubuntu-motu.

What we are going to work on is

It’s going to be a fun event and maybe your first patch which goes into Ubuntu! :-)

We had a chat with Benjamin Kerensa from Portland, USA. Read what he has to say: 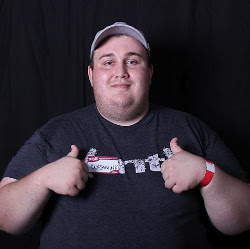 What interested you to get involved in Ubuntu development?
I feel that it is prudent for more and more Ubuntu Members to try and play some role in Development even if it is minimal work like doing bug fixes because these kinds of contributions bring stability to our distribution which is used by so many millions of people including me.

How did it happen?
I really became more optimistic about being involved in Development shortly after a joint Ubuntu/Debian event we had here in Portland where we worked on transitioning packages to Multi-Arch. I was very impressed by the passion in development that people like Steve Langasek and Kees Cook displayed and ever since that event I have been allocating more and more time towards improving my packaging abilities and also contributing to bitesize bug fixes.

Which bugs or packages did you primarily work on?
I transitioned libaudiofile to Multi-Arch, Fixed Some Bitesizes (Linux-Tools, Liboggz etc) and am now even doing ISO Testing.

What was your experience like?
The experience thus far has been pleasant and I have found plenty of help from MOTU and Core Devs when I have sought such.

What would you recommend to other new contributors?
I would honestly recommend trying to find a current Ubuntu Developer to mentor you and perhaps even meet you at a LoCo event to give you some hands-on learning so to speak.