This is a guest post from Jorge O. Castro, External Developer Relations Liaison, who will be posting Unity updates over the coming weeks.

Welcome to this week’s Unity report. Due to the holiday in the US this is a day later than normal, but we’ve got good stuff this week. First off is a new contributor, Jamie Rowe’s grabbed Bug 718880. The text label in the trashcan was off my 20 pixels, so he just fixed it. Basically, it wasn’t centered on the trash icon, here’s the before and after:

Don’t worry, these are from two different computers, we won’t turn your labels into French! Jamie adds along:

I’m currently studying for a Bachelor of Computing at the University of Tasmania. I have used Ubuntu for around 4 years and would like to begin to give back to the community now that I feel that I have the knowledge to do so.

Thanks for your work Jamie! 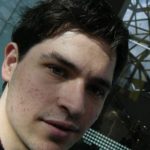 Other Contributors this Week

Pending fixes – Olivier Sauder’s started on Bug 717125, Andrea Azzarone has submitted a tweak for the workspace switcher, and Stefano Candori also returns with a solution to fix dodging active windows. Mathew Rasmus has a fix in hand for Bug 718886. These were all bitesize bugs on the list from last week, so thanks guys for grabbing them and knocking them out. We’ll highlight some of these contributions next week when they’ve landed in trunk.

Following people’s progress in Unity is pretty straightfoward, I’m going to take a minute to translate some of the jargon for you so you can follow along. People who submit code to Unity do so by bzr pushing to a Launchpad branch. You can see the list of branches for Unity at code.launchpad.net/unity. There you can see trunk, and all the branches people are submitting. Clicking on a branch takes you to it, and shows you all the relevant information. Let’s look at Olivier Sauder’s proposal for show_launcher_in_nav_mode, specifically this part:

This tells us some goodies about what he’s working on. At some point last week Olivier submitted his fix for Bug 717125 into Unity. All submitted branches are code reviewed by members of the Unity or Desktop team. In this case Didier found a problem and tagged the branch as “Needs Fixing”. Olivier will now go back and fix the code and then submit it again. This is how the Unity team works, which is why you’ll often see people asking each other for reviews. All submitted branches need a review before they are merged in. Don’t worry we don’t pick on new people, everybody has to have a review before the code is merged.

So I encourage you to check out branches at code.launchpad.net/unity, it’s a good place to learn. Here’s the merge proposal for Jamie’s trash can centered label fix. You can click on the diff to see exactly how he fixed it.

Now that you have a better idea, let’s get you started …