A lot has changed in Ubuntu 10.10 since last months Alpha 3 release, and when I say ‘a lot’ i really mean a lot.

Download links can be found at the bottom of this post, but before you scroll join us as we take a breezy visual tour of everything new and shiny in Ubuntu 10.10 Beta.

The default theme in Ubuntu has been refined for Maverick, with softer gradients, new progress animations, luscious buttons and more. It’s easily the sleekest coat of any Ubuntu so far.

The default Humanity icon set has been spruced up for 10.10 with new directional and toolbar buttons for Nautilus, a new ‘home’ icon and icons for various hardware devices such as iPod touch, Motorola Droid & even the humble hard-drive.

17 new – and community sourced – wallpapers await you. The quality of inclusions this time are without rival – from beautiful nature papers to the abstract and architectural, you’re bound to find something that’s you.

Ubuntu’s new Sound Menu has taken one step back and two step forwards for the Beta; it’s shed some of the initially implemented functionality (such as playlist support), revamped the buttons and reduced the font size for playing track info, etc.

The result is a utterly divine; were the Ubuntu desktop made of icing then the sound menu would most certainly be the cherry on top. 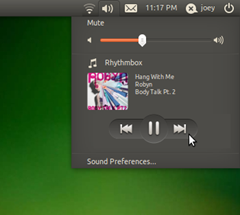 What isn’t there to say about the Ubuntu Software Centre in 10.10…

It has a newly inducted  ‘Paid Apps’ section, a ‘Where is it?’ feature for locating applications after install, he ability to select add-ons to be installed alongside popular applications as you install them and, most notably, a sublime new look.

Here’s where the win kicks in – Ubuntu 10.10 has a greatly improved installer that is such a joy to use you will wonder how we ever managed without it! 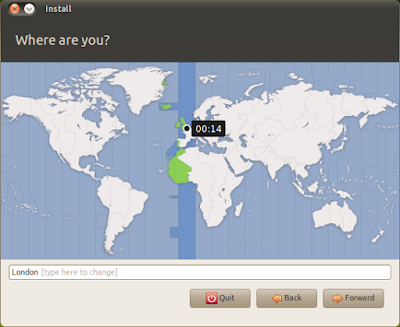 It not only looks nicer but also contains less steps, gets on with the installation duties as you fill your information in and even offers to install multimedia playback support.

Users of Ubuntu Netbook Edition upgrading to beta will notice a tonne of enhancements to the new Unity interface.

A brand new ‘Dash’ browser for files and applications, lots of new icons, an improved theme, better overall responsiveness, the AppMenu enabled by default and – AND – the addition of netbook friendly interfaces for both Evolution & Banshee.

As this is a testing release of Ubuntu is is not recommended for casual users or use on devices where stability is sacred.

Release notes can be found @ http://www.ubuntu.com/content/maverick-meerkat-beta

Downloads can be found @ http://releases.ubuntu.com/maverick/ or for quick access: –