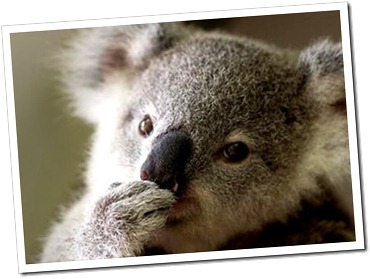 To answer the title: no it’s not, but since the release of Ubuntu 9.10 Karmic Koala only one week ago the blog-o-sphere, forums and opinion-pieces on various sites have been ringing loud with hate, disappointment and even death-baited breath for this latest release.

Has Karmic really been that bad?

Looking at reports on tech sites you’d think so: –

And on the UbuntuForums things look even bleaker with thread after thread running into page after page of people decrying Karmic: –

Of course, those for whom things have been less than pleasant will be far more vocal than those who have experienced very few, if any, issues.

So what is all the fuss about? The main issues people seem to be having with Karmic are as follows: –

Many of these issues are likely hardware specific – Ubuntu has no control over 3rd party drivers other than trying to ensure they work fine and if they don’t tweak the system around them to make sure they do.

It is fair, however, to say that Karmic does come with a few more bugs than usual. This is part-and-parcel of the new technologies present in Karmic that are new and largely untested in a “mainstream” environment.

Karmic itself came with more than 40 known bugs. These include: –

If people are using a normal point release and not expecting bugs or regression in places then they should really stick to the LTS releases – that’s what they’re there for. You can’t use the latest applications and updates without expecting some bugs here and there.

It’s also pretty rush judgment to criticize a release one week after release for having bugs. Bugs have to be found before they can be fixed!

So Just How Many Users Are Having Issues?

In an oft-quoted poll on the UbuntuForums almost 35% of people have experienced serious problems when installing/upgrading to Karmic that they’ve yet to solve. 33% experienced issues that they were able to fix and 32% had a flawless time!

This poll is very evenly spread between flawless and grumblesville but 35% of people using Karmic who can’t fix their issues/broken systems is a shocking figure.

No different to Jaunty, better than Intrepid

In the same poll conducted back when Jaunty was released the percentage of people who had irreparable issues? Almost 33%.

The number of people who’s install was flawless? 30%.

If we go further back and look at Intrepid then by comparison Karmic looks like a stunning success!

So what can we conclude from all this?

Ubuntu is, without a doubt, the biggest and most popular version of Linux around. It has a passionate, popular and vocal community.

To a lot of Ubuntu users each successive release of Ubuntu is supposed to be the latest, greatest and nicest to use. They expect new applications, new features and an even more stable environment. That just isn’t the reality of Ubuntu releases – this isn’t Windows where you get one big update every few years, these are incremental 6 month updates. They can’t bring revolution every time and that aggrieves a lot of casual users expectations and this disappointment ensues and tiny trivial issues get blown up into giant unsolvable glitches.

Karmic Koala was never proclaimed to be a revolution of a release, yet it was clear from the outset that a heap of new technologies was going into it. The math just wasn’t done by some.

Credit where credits due

With all of that said, Karmic Koala is a milestone in my eyes. It has been nothing but stable, easy to use and – perhaps most importantly – it is a joy to use it.

There has also been a considerable amount of positive coverage of Karmic Koala:-

For those whom it hasn’t been as plain sailing just remember to report your bug, go to the UbuntuForums and get some help and don’t consider your issues irreparable out of frustration – these things happen!