This article will cover mostly bazaar as git is still complex for part II. Bazaar is mostly widely used along with Launchpad, so this article would also contain lots of launchpad and bazaar references. Before reading this, please read the previous post.

The Evolution of the Personal Package Archive system

When the Personal Package Archive (PPA) system was brought out of beta in November 2007, it was heralded as a game changer for Free Software developers within the Ubuntu community and beyond. The PPA system was designed to make it easier for developers to get their software packaged and available to users for testing, thereby speeding up project development and delivering higher quality software. After nearly four years of PPAs, I thought I'd find out out whether the original objectives of the PPA system were still the primary focus - or had PPAs taken on a whole new role, filling a gap that's traditionally been a sore point for Ubuntu? 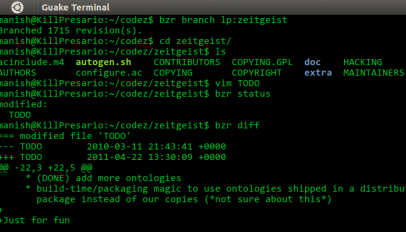 Collaboration is probably the most difficult and time consuming task when working as a team. When you first heard the phrase "version control" you might have started thinking about code and progammers. The issue of collaboration is not only with programmers but also with other areas and profession namely with design, documentation etc. Version control as a tool has been immensely famous within programming circles, but its use is not limited just for source code. 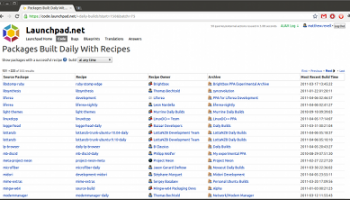 Launchpad recipes emerge from beta, won’t make you a cake but packages instead

Packaging has often been lamented as a massive weak point in getting software to users for testing or distribution. It can sometimes be more complicated to package a piece of software than it is to write it in the first place. Thankfully, the Launchpad team have been hard at work trying to make packaging easier.

A new project tasked with creating mixed media adverts for Ubuntu has been launched on, no pun intended, Launchpad.

Testing development branches of your favourite applications will soon be made a lot easier thanks to a new “Branch-to-package wizard” (my term, not theirs) being added to Launchpad. Developers will be able to easily turn […]

Update An updated icon will be shipping in the next update to the human theme! Hurrah! ~thanks Yann Dìnenda for the tip-off! Karmic Koala’s icon for displaying a wired connection is, in all fairness, quite […]