And we’re off — the first Ubuntu 17.10 daily build images are available to download.

Ubuntu 17.10, which has the codename ‘Artful Aardvark’, opened for development earlier this week.

This cycle promises to be a very large one for Ubuntu developers and Canonical engineers, and important ahead of the next LTS next year.

Daily build images are created daily (duh) for the duration of the development cycle (i.e. the next six months). At various intervals a “snapshot” build will be elevated to alpha, beta or release candidate status..

The official Ubuntu 17.10 release schedule says we can expect the final, stable version of the Artful Aardvark to arrive on October 13, 2017.

First things first: this early in development do not expect to see an awful lot of difference between Ubuntu 17.04 and 17.10 — but that will change over the coming months.

Boy will it change!

Ubuntu 17.10 will use GNOME Shell as the default desktop environment. Unity 7 will be available in the main repository but will not ship on the disk image as an optional session. This will mark the first time in over six years that Ubuntu has offered a GNOME session by default.

Upstart, Unity 8, and various misc Ubuntu touch packages are likely to be removed from the archives in the coming weeks.

Ubuntu 17.10 will offer a Wayland session alongside a traditional Xorg one.

A decision is yet to be taken on whether to Artful will use LightDM as the display manager (possibly with a new greeter front end) or switch fully to GDM, used by upstream GNOME. The latter lacks a few much-loved features of the former, like remote desktop access and guest accounts.

Likewise, no formal decision has been made on whether Ubuntu 17.10 will ship with GNOME 3.26, due for release in September of this year, or not. With this version of GNOME promising to deliver some important improvements (like non-integer HiDPI scaling, a modern sharing framework, etc) here’s hoping it’s included.

With plenty of work required to plump the GNOME stack into Unity, debate whether to keep patched versions of certain apps so that they play nice with Unity, and so on.

Ubuntu devs are tentatively targeting Ubuntu 17.10 Alpha 2 as the milestone by which they expect the majority of the Unity to GNOME switch to have taken place.

You can download the latest Ubuntu 17.10 daily build from the official Ubuntu image server.

Please keep in mind that Ubuntu daily builds are spun for testing purposes and should not be installed by anyone looking for a stable desktop experience. This warning applies double for daily builds produced this early in the development cycle. 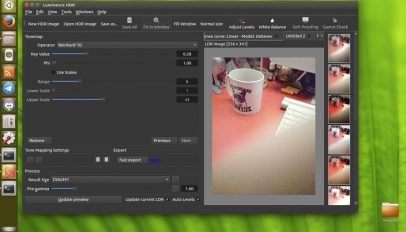 Luminance HDR 2.5.0 Released, Here’s How to Install it on Ubuntu
Read Next