An Ubuntu powered augmented reality (AR) helmet will be on show at Mobile World Congress, 2017.

The DAQRI smart helmet is built and developed by DAQRI and is powered by an Ubuntu AR application.

But before you get excited about playing some sort of immersive VR Super Tux Kart you should know that the helmet is not targeted at gamers or enthusiasts; it’s also  not a VR headset, unlike the Microsoft Hololens it uses augmented reality vs mixed reality.

So think of it less of an Ubuntu Hololens and more of a souped-up set of cyborg Snappy Ubuntu Core goggles.

Augmented Reality (AR) overlays data on top of your current view of the world.

For Use In Industry, And Not Your Bedroom

DAQRI say they developed the headset for “use in industrial settings” where it will be used to “bring to life all the data generated by the new world of Industrial Internet of Things”.

Their shiny helmet is powered by a 6th generation Intel Core m7 processor, and features high-speed, wide-angle camera with their own dedicated processor for augmented reality applications.

“The transparent display has been ruggedized for industrial environments and its high brightness makes it suitable for indoor and outdoor use. An integrated RGB camera, a stereo infrared cameras with an infrared light projector work together intuitively allowing the helmet to infer depth,” the company say.

A thermal camera is also included so that the wearer is able to passively monitor sensitive industrial equipment.

“By overlaying data onto the display, thermal anomalies can be quickly identified”.

Attendees to Mobile World Congress can experience the headset first-hand at the Ubuntu booth between February 27th through March 2nd. 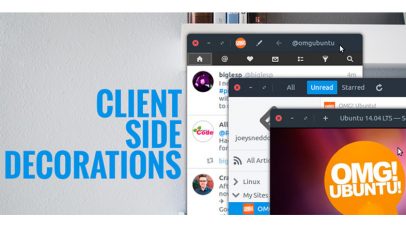