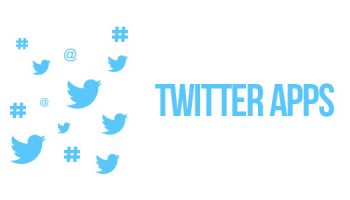 Looking for a simple way to Tweet from your Plasma desktop? I’ve found a neat little Plasmoid that can help.

Once up on a time was possible to tweet from the Ubuntu desktop status tray without opening a single app.

Those days, sadly, are gone.

So too are the days of plentiful native desktop Twitter apps for Linux. Where once we needed to pick between the likes of Twitim, Turpial, Hotot, Gwibber, gTwit, gTweety, gFeedline, Polly, Pino (and plenty of others) there now remain just 3 main choices when it comes to using the social networking service on Linux.

We can use one of the few remaining Linux desktop Twitter apps, i.e the GTK Corebird and the Qt Choqok, or use the web.

Arguably a desktop Twitter app isn’t as much of a lure as it once was, and Twitter’s continued limiting of its APIs and access points has arguably sapped a lot of the enthusiasm there once was.

But I’m a bit old school. I mostly use Twitter using an app: Corebird on my desktop, Twitter on my phone, Tweetdeck on my Chromebook, etc.

When I boot  in to my KDE Neon partition I default to Qt Twitter app Choqok.

Fans of this faithful feathered client may want to cover their because as functional as Choqok is it is not the most …sightly of apps. In fact, it’s rather explicit looking, with knobs, toggles and buttons all out on show. A refined Choqok that put Twitter content front and centre (rather than in-app options) would be well appreciated by me.

But today I discovered a quasi-replacement: a KDE Twitter Plasmoid. 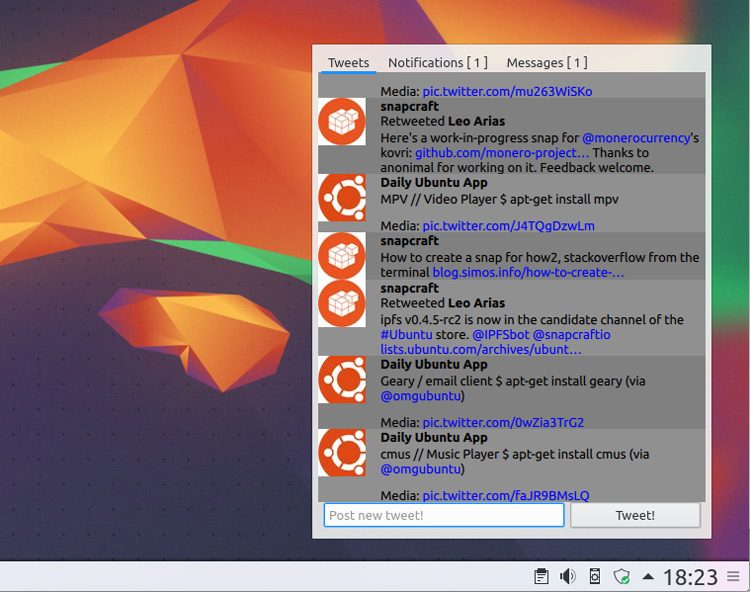 Naturally you shouldn’t expect too functionality and from one, and the KDE Twitter Plasmoid is no different. It is a desktop widget and not a full-blown app.

With an (intuitionally) limited feature set it is unlikely to attract Tweetdeck-loving Twitter power users. But it may appeal to casual users of the bite-sized social network and those looking for something less full-on than Choqok.

I’ll save time listing the things the widget can’t do focusing on what it does: if you want to simply read the latest tweets from accounts you follow, send a tweet, and keep tabs on your notifications and direct messages, check this Twitter Plasmoid out.

No frills, but it fills a gap.

Once installed you can go ahead and add the Plasmoid to your desktop. To authenticate with Twitter right click on the Plasmoid’s window and select Settings > Generate PIN and follow the on-screen steps. 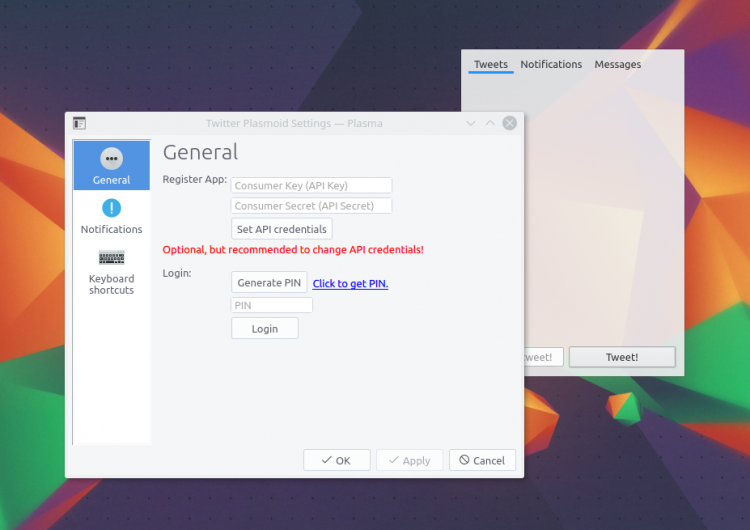