Dekko is one of the very best apps available on Ubuntu Phone.

The only downside is that it’s no longer being developed — at least not the version that most of us have come to know.

Dekko for Ubuntu Touch is no longer supported and no further updates will be released for it, says Dekko project lead Dan Chapman in an announcement he shared earlier this month.

But it’s important to stress that this only applies to the .click version that runs on the current commercial Ubuntu Phones (and any community supported offshoots, like the Fairphone 2).

Anyone who’s used Ubuntu phone or tablet is sure to have at least heard Dekko, so  to learnt the app — in its current form — is no longer being developed may be upsetting it’s also a little surprising.

Although the Dekko Ubuntu Touch app was last updated in April 2016 it remains one of the most popular apps for Ubuntu phone and tablet. So popular is it that Ubuntu made it core app (installed by default) with the launch of OTA-10 last year.

So why is development of Dekko (in its .click form) ending?

Remember that report I wrote a couple weeks back that said Canonical is to shift its priorities away from existing Ubuntu touch devices in favour of the newer, leaner Ubuntu 16.04 + Snap package version known as ‘Ubuntu Personal’?

With Ubuntu’s focus now on Snaps Dekko’s dev feels it needs to follow ‘the future of the platform’.

”Click packages have been deprecated for some time now. Development has also ended on the vivid based Ubuntu Touch images and with a snap replacement being actively worked on. It doesn’t make sense to continue supporting this deprecated format. I’m personally excited with the future of snaps and what it will do for Ubuntu in general.”

Although sad it’s easy to see why this decision has been taken.

There’s little effort in expending energy to build an app that only a few thousand people (at most) can use, on a version of Ubuntu that’s being phased out, on devices that you can no longer buy. Instead, effort building and honing a version that (potentially millions of) people can use, including on the desktop, is entirely pragmatic.

And don’t forget: future versions of Ubuntu Phone will be able to run it.

For now Chapman says he plans to ”[close] any bugs related to the current Ubuntu Touch version as there will be no active development going forward” but says he’ll ‘keep any bugs I feel still apply to the new [Snap] version’.

Dekko Is Not Dead, Though.

The Ubuntu Touch (which we use to mean vivd+click) version may be down a dead-end but work continues on a re-written, much improved, and convergence-friendly Snap version.

Dekko itself is very much not dead.

In fact, it has, over the past year, been rewritten. This has resulted in a great many changes and new features, but also help improve stability and create a better version of the app.

Better yet, if you’re a Dekko fan who runs regular Ubuntu desktop you may be interested to know that the re-written and Snap’d version of Dekko is already available for testing! It’s a little too soon to rely on this build for important, mission critical or vital e-mails, but well worth kicking the tyres on.

See our post on how to install Dekko Snap on Ubuntu for full details (and caveats) on using the Dekko email client  on the Unity 7 Ubuntu desktop.

Home » News » The Old Dekko App Will Get ‘No Further Updates’ 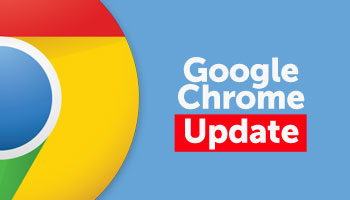