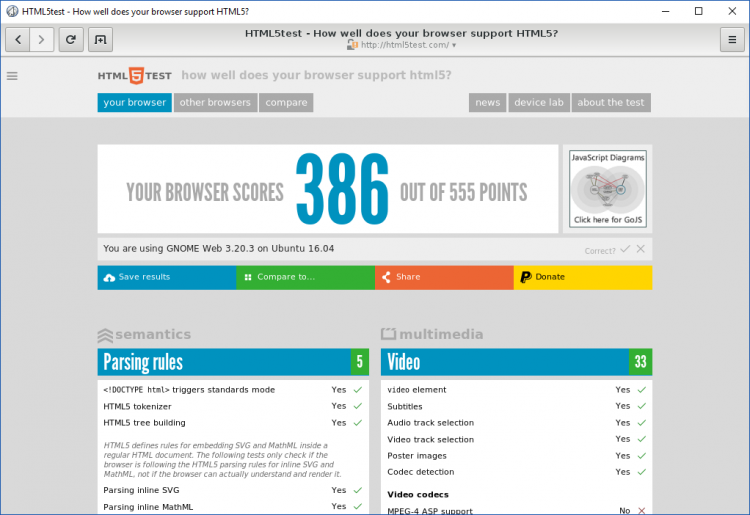 The screenshot above …It shows madness incarnate.

You’re looking at GNOME Web — the open-source web-browser formerly known as Epiphany — running on Windows 10 via the Windows Subsystem for Linux (aka Bash on Ubuntu on Windows).

The Windows Subsystem for Linux, which is being upgraded to Ubuntu 16.04 LTS in an upcoming Windows 10 update, is designed to ‘run native Linux command-line tools directly on Windows, alongside your traditional Windows desktop and modern store apps.’

But with a bit of technical tinkering and know-how it can run full-blown GUI apps, too. (Heck we’ve shown you the entire Unity desktop running on WSL before).

Well it’s all thanks to a) the Ubuntu archives (the full breadth of which is available to Window users) and b) a tool called Xming. Xming is an ‘X Window System Server for Microsoft Windows’. This standalone, portable display server seems to handle X applications, even modern ones, decently enough.

You can find a full how-to on how to get GNOME Web running on Windows 10 via the Windows Subsystem for Linux in the blog post linked below. It should be obvious, but I’ll say it anyway: you need to have the WSL up and running on your Windows 10 device.

Need help? See our how to install Bash on Ubuntu on Windows 10 article for a full rundown.

If you try it out, be sure to let us know how it goes (we don’t have a Windows 10 device to try it out first-hand)

How to run Epiphany Browser in Windows 10 with WSL 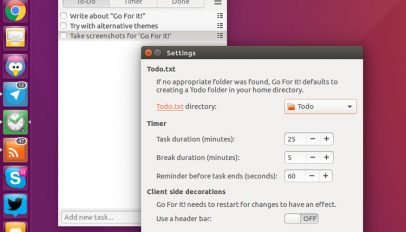 Go For It! Is a Simple To-Do App for Linux with Built In Timer
Read Next