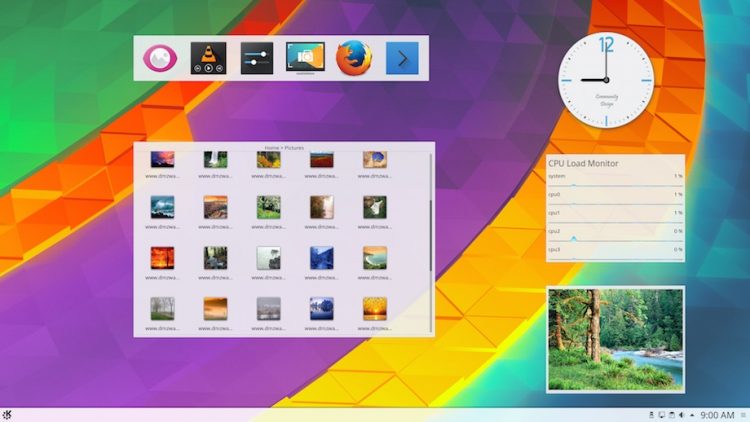 KDE has announced the release of the first Plasma desktop LTS (long-term support).

Plasma 5.8 LTS “marks the point where the developers and designers are happy to recommend Plasma for the widest possible audience be they enterprise or non-techy home users,” project lead Jonathan Riddell says.

If your last dalliance with a KDE desktop was somewhere south of now it may be time to ‘re-assess’, the team say. “Plasma is simple by default, powerful when needed.“

Plasma 5.8 introduces an all-new login screen that is designed to match with and unify the whole KDE experience, from startup to shutdown.

Customisation fans will also be pleased to hear that Plasma wallpaper plugins can now be shown on the lock screen.

KDE Plasma is a universal desktop and isn’t solely used by  those of us who use an Indo-European language like English, French or Spanish.

Support for Semitic right-to-left written languages, such as Hebrew and Arabic, has been greatly improved in Plasma 5.8, with all panels, desktop, customisation flows and app dialogs set to appear in their correct (mirrored) locale position and alignment.

The benefits of the new task manager introduced in Plasma 5.7 are reaped in 5.8, with new (memory efficient) pager and window list applets shipping.

As part of this change media controls for supported players, like Spotify, can now be accessed from the right-click context menu.  Earlier versions of Plasma only showed them when you hovered over a supported application’s task list entry.

It’s now easier to set up and customise global shortcuts, and can even be configured to ‘jump to specific tasks within an application’ – neat!

Google’s Noto font is set as default across the desktop, while CLI aficionados will enjoy an all new monospace font called Hack.

You can find a full list of changes in Plasma 5.8.0 here.

Taking a leaf out of the GNOME marketing handbook there’s even a spiffy video to showcase the features on offer: